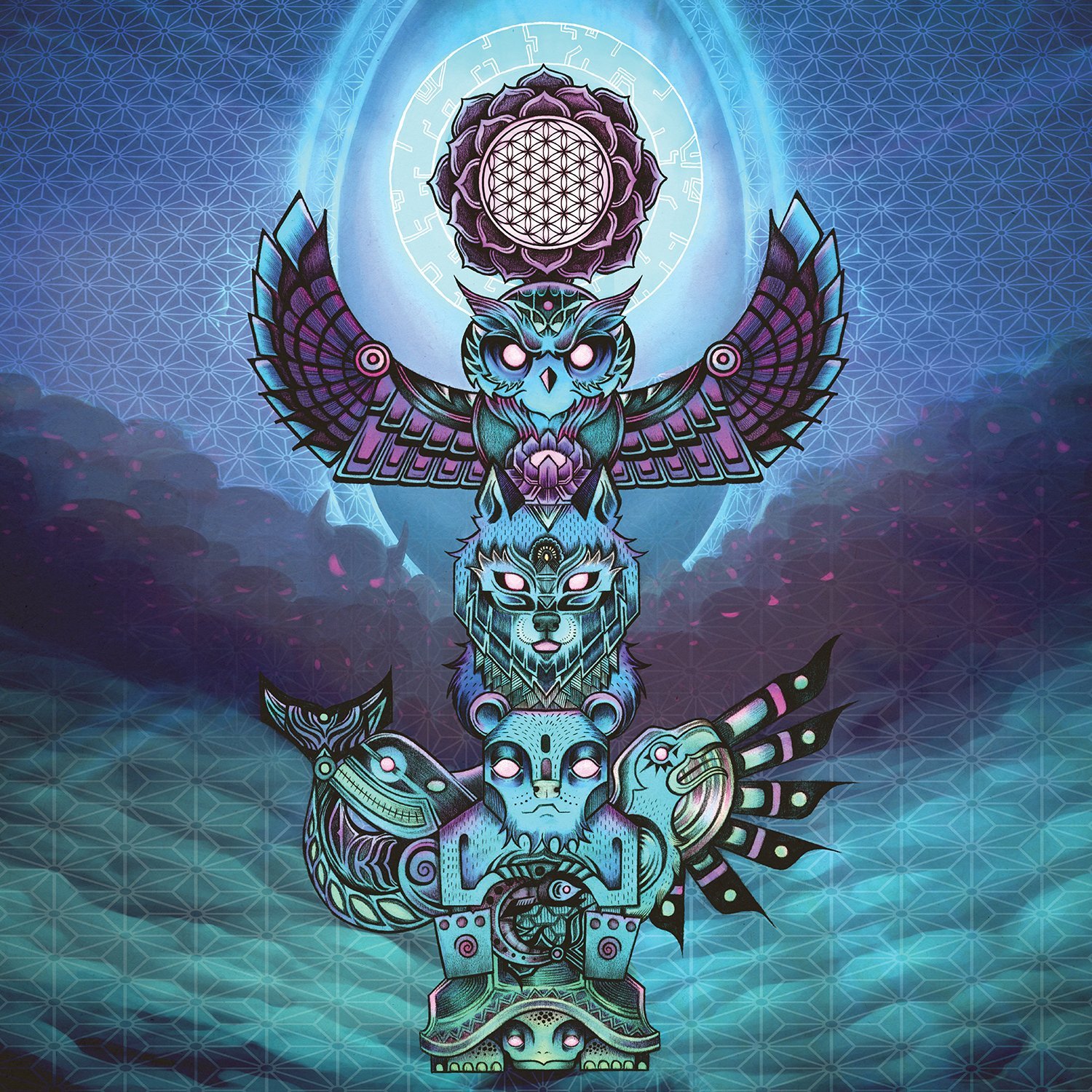 Now this one was a very pleasant surprise from a name I didn’t know. Zefur Wolves’ debut album is an excellent collection of thirteen tracks that range from almost psychedelic acid rock through to fast paced fuzzy grunge-pop and acoustic love songs. The album has great variety yet it all comes together very nicely indeed.

It is illuminating to discover who is behind the Welsh five piece band. Singer songwriter Estelle Ios from Baby Queens is the creative force. And the album was co-written and produced by her partner Cian Ciarán of Super Furry Animals at his Strangetown Studios, with some distinctive synth and keyboard sounds in there too. The band is completed by Danny Wall on drums, Zirian Tahirili on guitar and Trystan Palfrey on bass.

Opening track Fading Out gives a chilled start to the album. Crickets chirp and a dog barks before a slow guitar and Estelle Ios’ lovely melodic vocals come in. The album was largely written in California and the superb second track Sin Frontreras (it translates as No Borders) shows solidarity with Mexican communities living near the world’s busiest border crossing. The guitar sound is massive, with big crunchy riffs opening the track and the bluesy hook is powerful. A fine opening pair of songs seems to set the tone for the album, but there are plenty of different directions to be taken.

The acoustic songs really stand out. Troubled Soul is a lovely slow burner with sultry vocals, the minimal instrumentation giving Ios the space to shine and her passionate delivery makes this a real highlight. Secret Song is similar, a delicious edge to the vocals evoking longing and love quite superbly before the synths take over. And the closing This One’s For You is a beautiful piano led love song sung with real feeling by Estelle Ios.

But the fuller sounding tracks are pretty damned good too. Accept What You Feel is basically a fine rock song with a driving drum beat and fine guitar work backing slow vocals that create a warm vibe. Alhambra has more of a spacey feel, the keyboards creating a swirling texture with an acoustic guitar and Ios’ vocals cutting through. And the instrumental Native crams so many sounds into just less than three minutes that you just have to hit repeat to try to sort it all out.

The album’s first single is a double A side, with the slow psychedelic energy of Too Late and the soaring rock riffs of Wake Up forming a powerful pairing, while the short Your Days Are Numbered may last just under a minute and a half, but Zirian Tahirili’s fine guitar work gives it real bite.

There are elements here of the SFA sound you might expect, but there is much more on offer too. The slower songs really allow Estelle Ios’ voice to flourish and she takes the opportunity very well. Overall, there is a chemistry in this newly formed band that makes you hope it becomes much more than just a short lived side project. And the album is very well presented too, with superb artwork from North Wales based street artist and illustrator Mr Kobo.