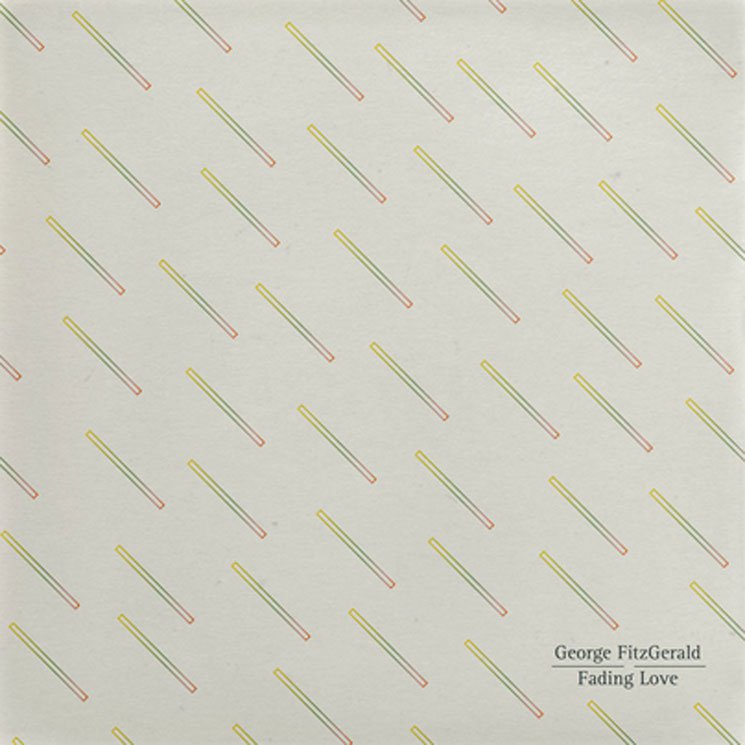 This spring boasts a debut album release from British producer and DJ George Fitzgerald – ‘Fading Love’ was written, recorded and produced between Fitzgerald’s studio in Berlin and his home in London.

This self-produced album exudes a relaxing, deep sound with smooth, shimmering keys and soft synths and luscious vocals blending perfectly together to give listeners an overall feeling of calm. You can’t help but become enraptured in the music here; they’re tracks you really can’t listen to half-heartedly; it’s either all of your attention – all of your senses even – or nothing. Having said that, there is a livelier, summery vibe apparent within certain tracks, made noticeable through dominating drum beats and harsher synth lines which slip in unexpectedly just after the halfway mark. This build in instrumentation so far into the tracks is an interesting recurring pattern from Fitzgerald that keeps the listener hooked and entertained throughout.

Arguably, it’s the variation of vocals in the album which really gets hearts racing and ears perked, driving the album forward with its easy appeal. From crisp pop-vocals from Hart sifting over ears alongside the stronger drum-based tracks, to shorter repetitive rasp-like bursts of vocals blending effortlessly into Fitzgerald’s synths and strings, variety is everything on this record.

It’s audible throughout the album that Fitzgerald leaves his own unique trademark in the style of altering his instrumentation as the track develops – its skilfully done. He changes the sources of only a few sounds but maintains the original melody, thus sustaining interest while also preserving what grabbed it in the first place. From Ibiza-style sweet chimes into brasher synths, some of Fitzgerald’s instrumentation even indicates towards video-game inspired 8bit bleeps; a fun, modern twist on the original sawtooth synths we are all too familiar with. It’s throughout these developments and gradual builds in each track that the listener is truly indulged with the real essence of Fitzgerald’s music. The life of the track slowly uncovers itself, keeping tuned-in right until the end and left feeling warmed up, energized and ready for the next one.

Fitzgerald delivers arpeggiated riffs quite religiously in each of his tracks, drawing them out gradually to highlight the bolder, stronger synth sounds, otherwise lowering them in the mix to allow the tranquillity in the solidarity of smoother, warmer strings and synths to be clear.

This is a real feel-good album with enough excitement to keep anyone absorbed throughout all 10 tracks, enough variation in style and instrumentation to exhibit his flawless production skills and just enough zesty keyboard work and mood-boosting bass to give us the kick start to the summer that we all need.