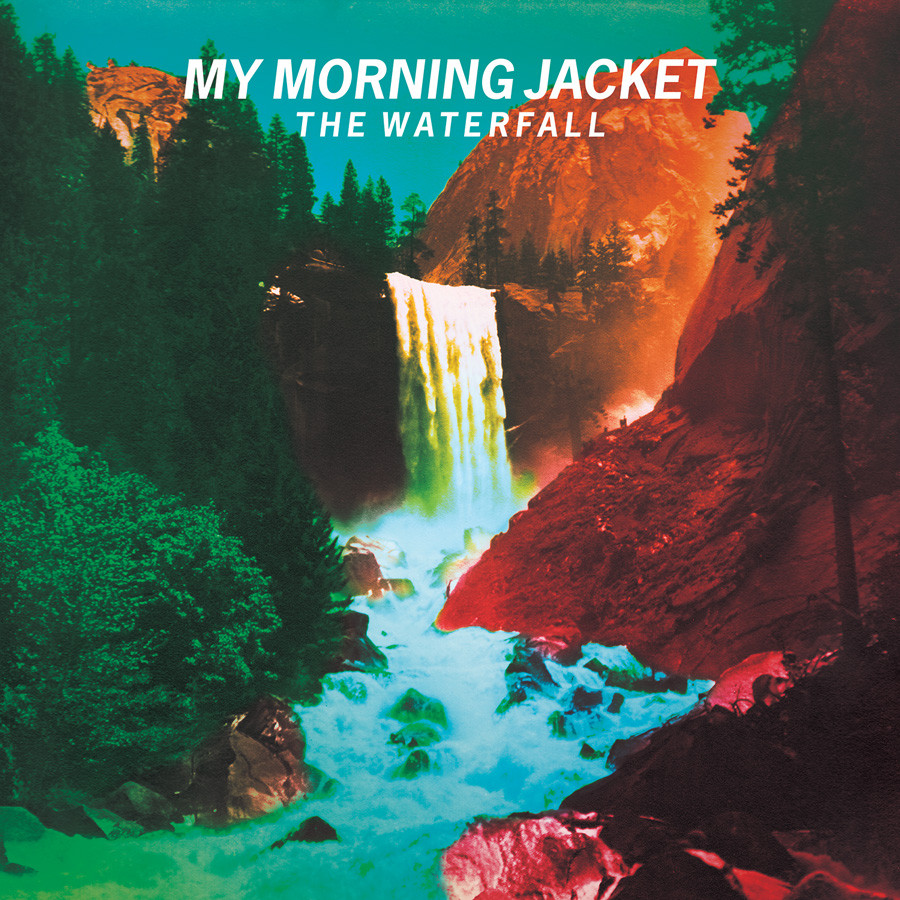 My Morning Jacket – The Waterfall

Philosophical ponderings on the cosmic mysteries of the word are still very much on My Morning Jacket’s mind with their latest album release, The Waterfall. Musically, it sees the band taking elements from all their other experimentations and merging them into one scenic walk along the celestial ocean, with the lingering thoughts of breakup, serenity and nature echoing in the lyrics.

It’s these lyrics, along with Jim James’ voice, that stand out more than ever. The album has a strong focus on vocals and song writing rather than the guitar complexities of previous incarnations. And it’s clear in the track list that James wants you to dwell on his words – with Song Titles (And More Stuff In Brackets) being a bit of a theme throughout.

Nature and positivity play a role in The Waterfall, with the sweet folk melodies and layering of orchestral sounds in ‘Like a River’ and ‘Tropics (Erase Traces)’ making you want to take your shoes off and walk in a field. But the good vibes don’t quite work for their opening track, ‘Believe (Nobody Knows)’. The combination of keyboard and drums leading up to an ascending chorus of “belieeeeeve”, which we are told to do four times, leaves an aftertaste of hippy love overkill.

Lead single ‘Big Decisions’ stands out from the green lushness that the rest of the record emits with its heavier guitar sound. This Americana pop song is lyrically blunt and has Springsteen-esque qualities that can be easily transferred to a big arena for the upcoming festival season. The stand out track for the album is ‘Spring (Among the Living)’, an epic, intricate dedication to the change of seasons that manages to bring all their best elements together with enough variation and balance that it doesn’t come across as overwhelming.

Luckily the band end things perfectly with ‘Only Memories Remain’, which has a slow-dance, bittersweet prom night appeal. The guitar work is velvet smooth as are fragile vocals – a perfect send off to an otherwise blue cheese start. With this being their seventh record, My Morning Jacket’s familiar sound is all still there, albeit slightly more meditative yet still quite gently magical.