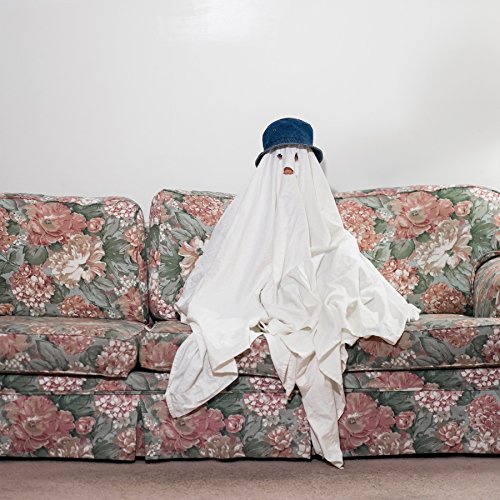 American post punk band Chastity Belt was formed in a tiny town with the wonderful name of Walla Walla, Washington by four friends – guitarists Julia Shapiro and Lydia Lund, bassist Annie Truscott, and drummer Gretchen Grimm. Their first album, 2013’s No Regerts (that’s not a typo …) sold well and this follow up should cement the band’s reputation as an exciting and powerful quartet with plenty to say.

The music pairs strident feminist lyrics delivered in a strong voice with waves of reverb heavy instrumentation and occasional shimmering trebley guitar melodies. There is something of a grunge feel, which is perhaps not unexpected from a band now based in Seattle, but there is much more too. The production is clean with the vocals clear and forceful. The tone of the lyrics is often downbeat and resigned, yet there is an upbeat feel to much of the guitar work. And there is a powerful yet restrained energy throughout that often takes the sound close to boiling point although it never quite explodes.

Drone opens the album with a massive riff before the vocals come in. A simple melody runs through the track, giving a counterpoint to lyrics that have a melancholy air, yet a sense of defiance comes through too. Lydia has a soft, almost affectionate edge, a surf pop sort of delicate energy. Cool Slut has a more brazen feel to its bid to reclaim a term of abuse. Yet it’s not anthemic. Rather it states a simple truth: of course woman can sleep around if they choose to. This typifies the politics of the album: it’s not out and out protest but more a proclamation of how thing should be mixed with an astonishment that anyone could possibly think otherwise.

There are faster paced songs here too. Trapped has a new wave edge, the spiky guitar chords giving a lovely retro feel. Why Try is melodic and bright. And out and out rocker The Thing, inspired by John Carpenter, has a lovely manic energy, complete with screams, pounding drums and fast guitar breaks.

The closing pair of tracks works very well. IDC (standing for I Don’t Care) takes the album back to where it started, with a slower pace and a lethargic feel emphasised by the ending: this one doesn’t so much finish as just run out of steam. And the title track starts with a burst of bass as its intro before the pace steadily builds towards a lovely big finish that ends the album strongly.

This is a lo-fi album with a world weary feel that belies the youth of the band. Yet the occasional blasts of energy serve to punctuate its strong lyrical content very nicely. Chastity Belt clearly have a nice line in hard hitting songs that are understated, but still get their message across strongly. It’s a neat track and one that they pull off very well.