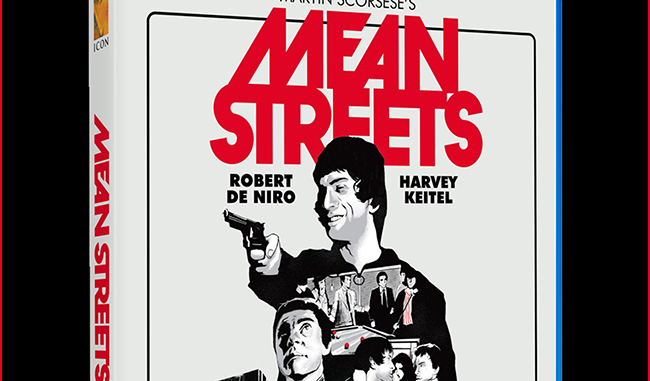 To celebrate the release of Martin Scorsese’s truly unforgettable knockout classic “Mean Streets” – on DVD & Blu-ray 18th May 2015 – we have a copy on Blu-ray to giveaway courtesy of Icon Home Entertainment.

One of the best films of the 1970s, “Mean Streets” is the granddaddy of the modern crime cinema and it heralded the arrival of screen legends Martin Scorsese, Robert De Niro and Harvey Keitel.

New special features include audio commentary with Martin Scorsese, actress Amy Robinson and co-writer Mardik Martin, the vintage featurette “Back on the Block” and the original theatrical trailer.

“One of the best American films of the decade” Time Out

What film did Scorsese work on next after Mean Streets?

This competition closes on Monday 25 May.