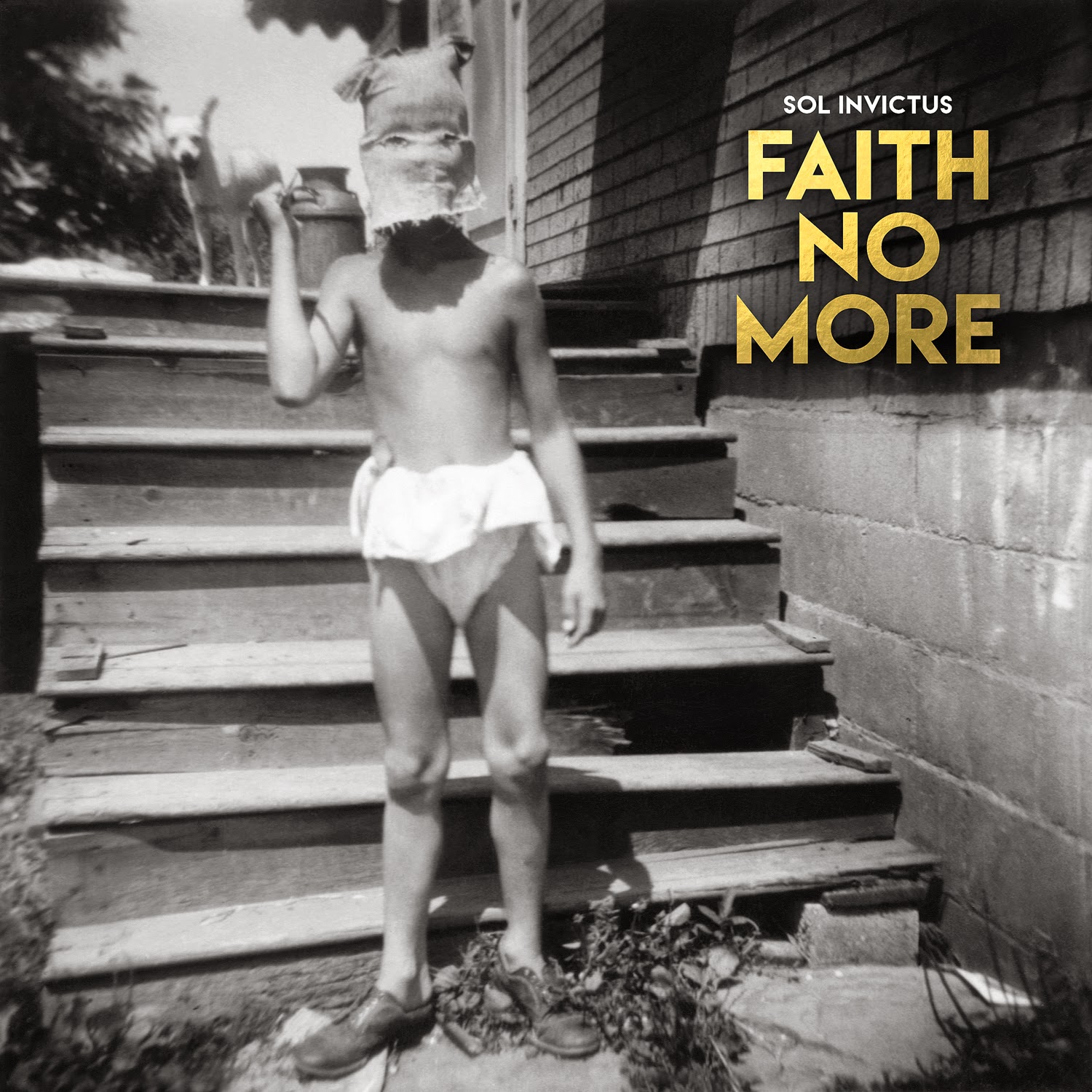 Glasswerk has been running since 2004; 11 years of music coverage and yet before we even began, it had already been far too long since Faith No More’s last record ‘Album of the Year’. In that time we’ve had the privilege of covering more than one “Best of” compilation album – that’s as close as this fan ever got to reviewing one of their favourite rock acts that they grew up listening to in the early 90s (yes, I know they were around long before then, but I was like 6 or something in the early 80s). Now after a reunion, a tour and then the announcement of a new album we finally get a crack at the band in full creative force – looking forward instead of back.

Slow and assured is how this one starts off. FNM are in no hurry to appease anyone on ‘Sol Invictus’, nor to bow to the demands of the 30-year-strong fan salivations, not if the titular track is anything to go by. Minimalist is an understatement when you consider it’s Faith No More you’re listening to.

‘Superhero’ on the other hand is as desperate to accommodate as many fronts of the FNM collective as possible. Heavy, brash and athemic in all of its creative doom ridden metal glory, and it keeps on coming. ‘Sunny Side Up’ shows no sign of Mike Patton calming his nerves, or ceasing rattling his throat to the point of retching over the microphone. It also goes a long way to showing a funkier side of the band. If there’s one niggle about the album then it’s that it seems to be over all too soon; that doesn’t mean the songs are stingy in their running time, or even that there are too few tracks, but we did find ourselves at Track 8 without realising where the time went.

Like a lot of bands that have come back from the netherworld, the new material is solid, strong, but of an age that doesn’t give birth to too many instant hit singles. Anyone looking for the next ‘Epic’ might find themselves a little out of place, but there is a successive whole on offer here. FNM are as able as they ever were and are building songs and sounds without having to rehash much of what they learnt from before, it’s simply all new lessons for fans to learn.