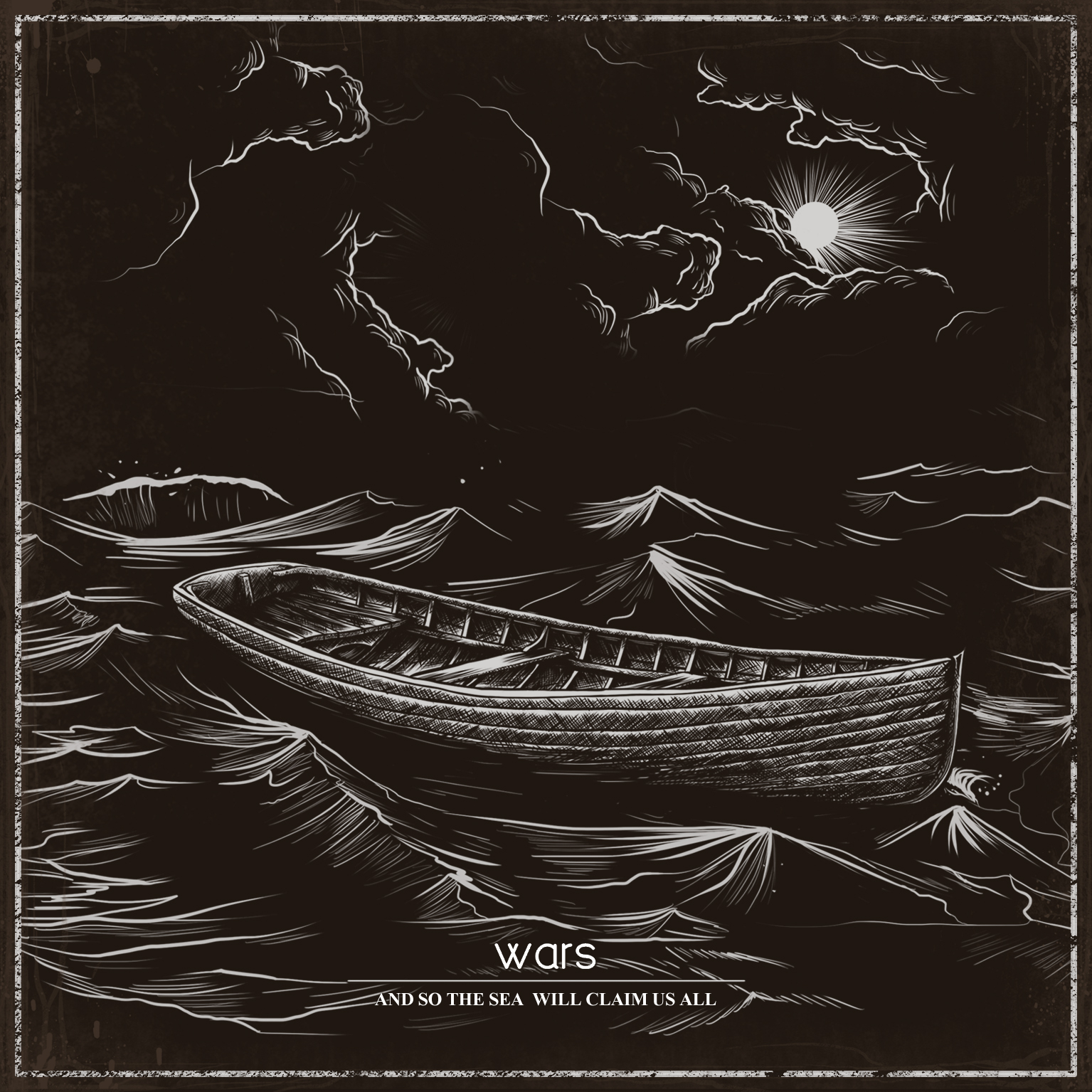 wars – And So The Sea Will Claim Us All

They’ve only been a band for a few months – that’s right a few months – but wars have stormed through with their ridiculously, ridiculously good debut EP, recorded by none other than pioneer Matt O’Grady (Architects, Bring Me The Horizon, You Me At Six). It’s passionate, hard-hitting and well… brilliant. The melodic hardcore five-piece from Rugby have only played a handful of shows (which happen to have been supporting Bury Tomorrow, Dead Harts & Demoraliser – not bad for a first tour, huh?) but unfortunately we didn’t manage to catch them on this run. Not too gutting, though, as if the EP is enough to go by we’ll inevitably see a lot more of them.

With five brutal tracks fueled by emotional torment and primal rage, it’s possibly one of the most honest and raw records to brace this scene of late. It’s powerful, it’s moving and it’s everything in between.

The first track ‘Gamblers Ruin’ showcases their ability to flawlessly switch between dark, gritty hardcore and clean, melodic vocals (a musical representation of the wars between head and heart – it’s really cleverly constructed). You’d also think that with an opening track that strong, they’re basically setting themselves up for failure but honestly, there’s not one weak song in there; And So The Sea Will Claim Us All is stellar from track to track.

Even the small details on this record are amazing: that breakdown in Eight On The Balantine Scale, the Gojira-esque fills in Weathered Eyes, the deceptively catchy chorus in Weathered Eyes – if you don’t find yourself singing along within a few listens, there’s definitely something wrong with you.

It’s been a while since hardcore has had a young band bursting with as much talent and energy as these guys. They’re by far the most captivating and promising bands to have come out of the scene in recent years. If you want a hardcore record that has real substance – check it.

Venue: And So The Sea Will Claim Us All
Support Band: Self Release