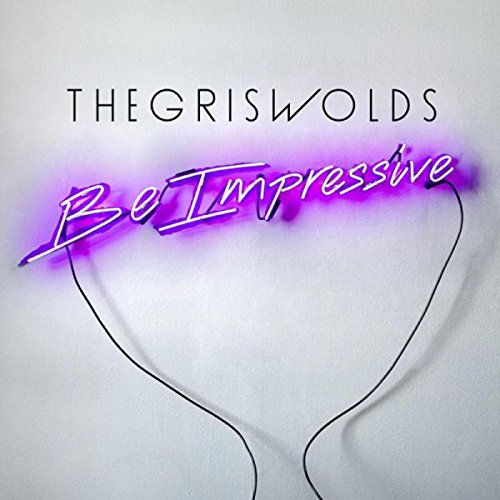 The Griswolds – Be Impressive

Be Impressive is the debut album from Australia’s The Griswolds. And it is quite impressive too. The young Sydney based band has a nice line in radio friendly, indie-pop based around synth and keyboard beats and the kind of chant along choruses that are so catchy. It’s mostly upbeat and full of energy, offering up some thrilling and pulsating rhythms. Yet there are occasionally some dark lyrics beneath the glittering pop sheen.

Songs like 16 Years and Right On Track are simple, uplifting and vibrant. Be Impressive opens with the title being spelled out by a children’s chorus and somehow it works in a track that also features high pitched vocals and an inspiring message. Down And Out mixes 80s style synths with a big pop hook and a catchy chorus for a summery sound. The kids are involved here too.

Beware The Dog is another upbeat and sparkling sounding song, but the lyrics tell of losing someone close to drug use. There is pain behind that guitar riff. Live The Nightmare also has a darker side, the synth sound here giving an ominous feel to a slower song with none of the euphoria that runs through most of the album. Thread The Needle is another with real depth, and strings are used well here for a big intro. The song tells of perseverance in the face of adversity, and there is an uplifting message within a rare serious song. It also has the best vocal performance of the album from lead singer Christopher Whitehall.

The Griswolds have concentrated on touring for much of their three years together, already establishing a very good reputation as a live band, and far beyond their native country too. Fans across Europe and the USA have been waiting for this debut album, and they are unlikely to be disappointed. There are several potential hit singles here, as well as some anthemic tracks destined to be live favourites. And look out for The Griswolds on the summer festival circuit. They’re going to be a big hit wherever they play.