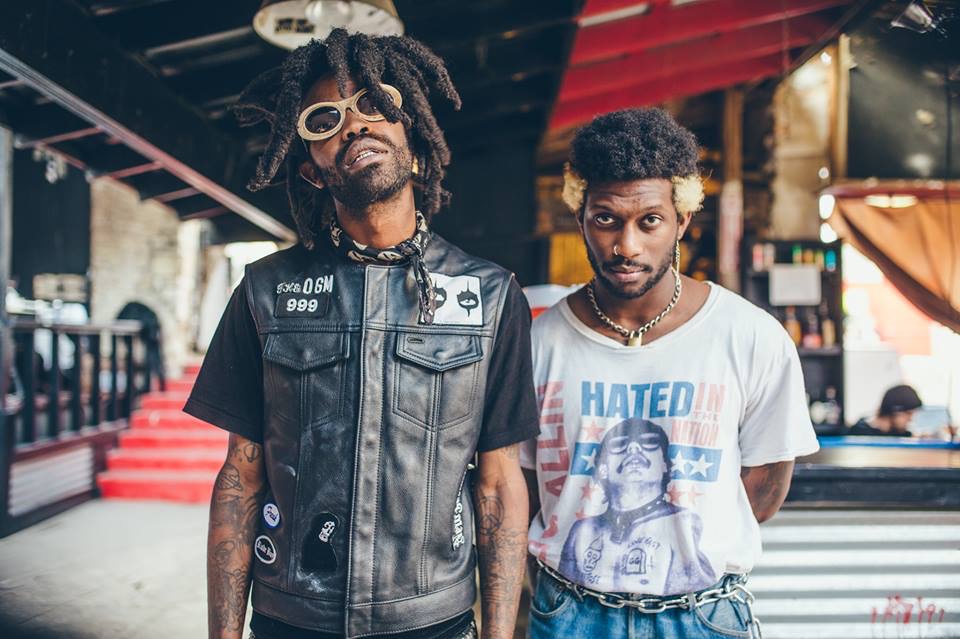 Video of the day: Ho99o9 – Savage Heads/Gates of Torment

Having recently laid waste to the UK with their first ever shows in the country, New Jersey hip hop/punk mutants Ho99o9 have now released the second in a three part series of Grindhouse-styled double feature music videos.

The second installment is for ‘Savage Heads’ and ‘Gates of Torment’ – two tracks which feature on their ‘Horrors of 1999’ EP which will be released June 8th via FAMILY. The first combined video of the series featured the tracks ‘P.O.W. (Prisoners of War)’ and ‘No Regrets’.

Ho99o9’s first ever shows in the UK, including an incendiary set at The Great Escape Festival, showed everyone present just why the duo are becoming the most talked about live act of the summer. They’re set to continue turning heads and generally being their riotous selves at Visions Festival and Reading and Leeds festivals in the UK in August.