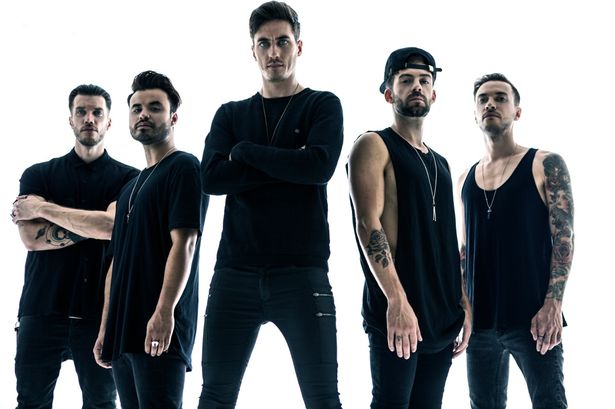 Young Guns may not have played a headline show in London since October 2012 but they certainly made up for it tonight. The Scala is packed and everyone is clamouring for a piece of the boys.

They burst onto the stage and head right into I Want Out before following it straight up with Dearly Departed. They’re like a pack of Duracell bunnies and the crowd aren’t much different. They sing back every single word to frontman, Gustav Wood; he need never worry about forgetting a lyric again!

The band’s new album, Ones and Zeros, may have only been released today but the songs they play from it may as well be old classics based on the fans reactions. It’s a more grown up sound from the Buckinghamshire five piece and it looks like the fans appreciate it; they almost go down better than tried and trusted fan favourites like Crystal Clear and Weight Of The World.

Young Guns undoubtedly know how to command a crowd and this one was completely eating out of the palm of their collective hands from the first beat. These boys made sure London won’t forget them and we definitely hope they won’t leave it so long before they come back next time.