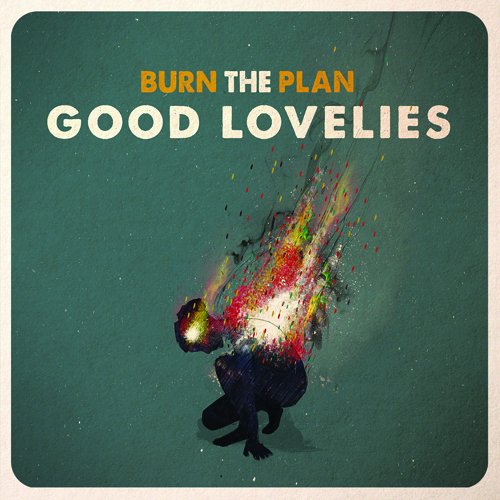 The Good Lovelies – Burn The Plan

What might you expect from a band called The Good Lovelies? Well, if words like gorgeous, charming and sweet come to mind then you’re on the right lines. Canadian trio Caroline Brooks, Kerri Ough and Sue Passmore are the lovelies in question here and their new album features thirteen tracks of poppy folky goodness.

It’s been four years since the Juno Award winning trio last released an album, time they took to work as solo musicians before coming back together. Musically it seems to have worked out well and Burn The Plan goes beyond what you might expect from a folk album. There are clear influences from country, pop and soul in here, and traditionalists are probably not going to like the inclusion of synths and a drum machine too much. But what really stands out are three lovely clear voices that work well individually and also harmonise quite exquisitely.

Opening track In The Morning demonstrates the approach perfectly with its warm three part harmonies over a drum machine’s beat, giving it a modern twist. Waiting For You adopts a more mainstream pop sound, a summery love song that shimmers nicely. Broken Hearted has a bold banjo melody but there’s also an offbeat rhythm that takes it well away from country territory. Open Windows has a breezy country folk feel with just a touch of soul on the slower vocals, and a bright chorus.

The best songs on the album are the stripped back, slower paced tracks, as these really allow the quality of the vocals to come through. Last Night portrays heartbreak through a country tinged lead vocal that is quite perfect, with gentle harmonies and just a touch of lap steel adding depth. Four O’Clock has a similar feel but with a smoother vocal. When The City Settles has a more traditional acoustic folk feel and a strong sense of longing comes through in a stylish track.

The variety of the musical approaches is shown in Old Fashioned Love, which gets close to Nashville with its country rhythm and mandolin melody and Slow Road, a gentle alt-country travelling song with more of those lovely lap steel touches. The Doe has a mystical feel and a complexity in its structure and harmonies that works very well.

The Good Lovelies will be a new name to many on this side of the Atlantic, and this album shows they are well worth getting to know. High quality vocal performances and some lovely varied arrangements make Burn The Plan a very good album. The band will be playing six shows in England at the end of the month for those who might fancy a burst of live loveliness.