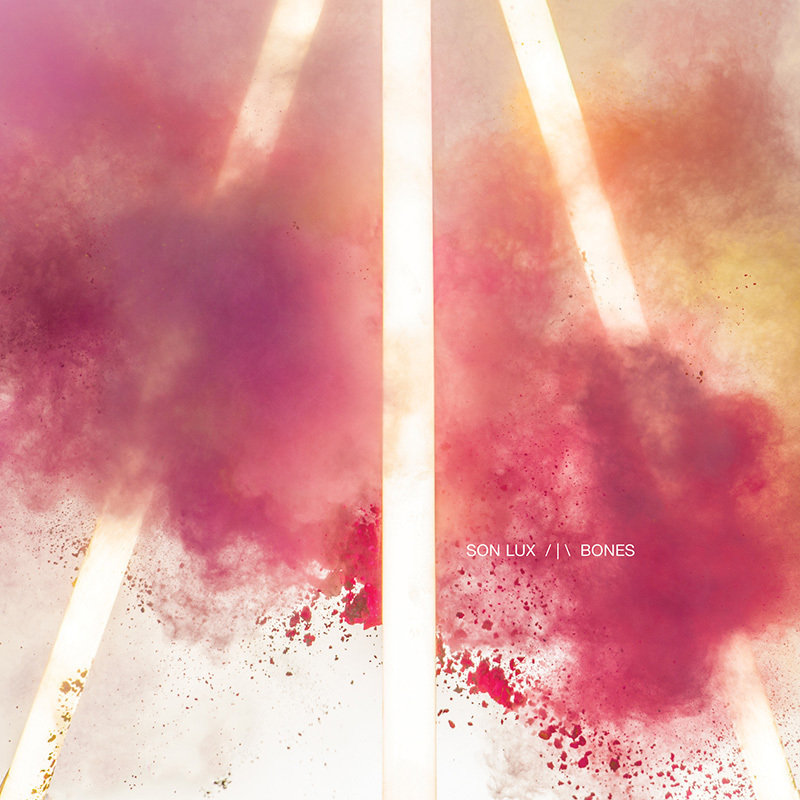 Juxtaposition and experimentation are the musical veins that run through Son Lux’s third EP, Bones.

Under this current artist manifestation, Ryan Lott teams up with guitarist Rafiq Bhatia and drummer Ian Chang to create an album that breathes fresh air into modern electronic music. It’s at times full and overwhelming, and at others sparse and thoughtful.

These two contradictory moods paint a jagged sonic landscape. Though the opening and closing tracks ‘Breathe In’ and ‘Breath Out’ suggest structure – it’s hard to differentiate when songs start and end for the tracks in-between. The chopped beats, looping synths and stirring chorus pieced together with Lott’s choral vocals send listeners into a whirlwind of sound.

Explosiveness is arranged alongside peacefulness. ‘White Lies’ starts with gracefulness then swiftly jumps to a chaotic warehouse rave. ‘Undone’ goes from tribal rhythmic drumming to easy jazz guitar. It’s noise that is unconnected – yet still music.

The consistent vocals should be the one element that brings the album together, but the grandeur words leave the listener a bit empty. “You have only just begun / Your world will come undone / This moment changes everything”; the moment in question is never defined. Being vague and spiritual, it’s difficult to decipher meaning amongst the barrage of dense whizzes, beats and whirls. Narrative aside, you’re still taken on a musical journey. It’s evident that Lott has composed scores for films, as he’s worked on the soundtracks to Looper and The Disappearance of Eleanor Rigby. This is especially marked in the closing track where the atmosphere is lonely, poignant and longing. You can just imagine a downtrodden man looking up at the sky as it fades to closing credits.

It’s a bold album that is brash yet soft, innovative yet still classic Son Lux.