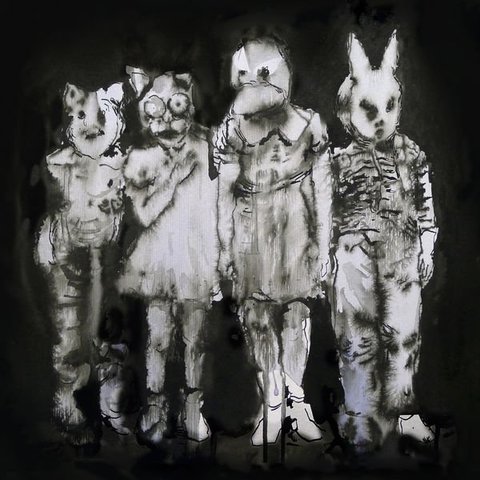 Bang Gang – The Wolves Are Whispering

The effortless Icelandic cool drips from the opening bars of The Sin Is Near as it shuffles with a glacial downbeat electro rhythm that, with the help of fellow countrymen Bloodgroup, shares more than a passing resemblance to the darkly majestic and almost undanceable music of The Knife. Setting this out as the standard-bearer of new album, The Wolves Are Whispering, seems a slight mis-step as proceedings unfold and rather than the chilling electronica that was first hinted at, Bang Gang instead is gingerly revealed to be something akin to Coldplay’s cousin from Reykjavik as the following tracks, Out Of Horizon and My Special One, pile on the MOR guitars built for driving anthems and the familiar form of the piano ballad, creating a stark contrast with these well-worn FM radio staples.

The vocals lent to Silent Bite by Ladytron’s Helen Marnie fail to inject any reasonable amount of interest to a plodding and uninspired rocker, but thankfully the album then commits another about turn with the concurrent trio of songs stating with Lonely Bird that sets a much sparser tone that reintroduces the atmospherics that had been trampled over by excessive instrumentation that feels unnecessary in these particular circumstances and are best left to those bands with ambitions of bounding across stages with enthusiastic energy.

As the album closes out with Wait By The Lake and the rousing We Will Never get along it feels that a far healthier balance has been struck between stereotypical indie bands and painting a hauntingly beautiful scene with all the aloofness and eruption of creative uniqueness that Iceland has been musically renowned for, and the strength of the songs themselves is glimpsed as reflections on the album are considered. At just nine tracks long, The Wolves Are Whispering is brief in comparison to most albums and yet I still find an entire third of it’s running time to be ill fitting and jarring against what could have been a startlingly svelte and moving collection of songs, nothing that cannot be remedied by skipping ahead or the reshaping of a playlist, but when viewed as a whole it is a shame that I look upon this album and am moved to mourn its weaknesses rather than firmly stand by it and shout about its subtle strengths.