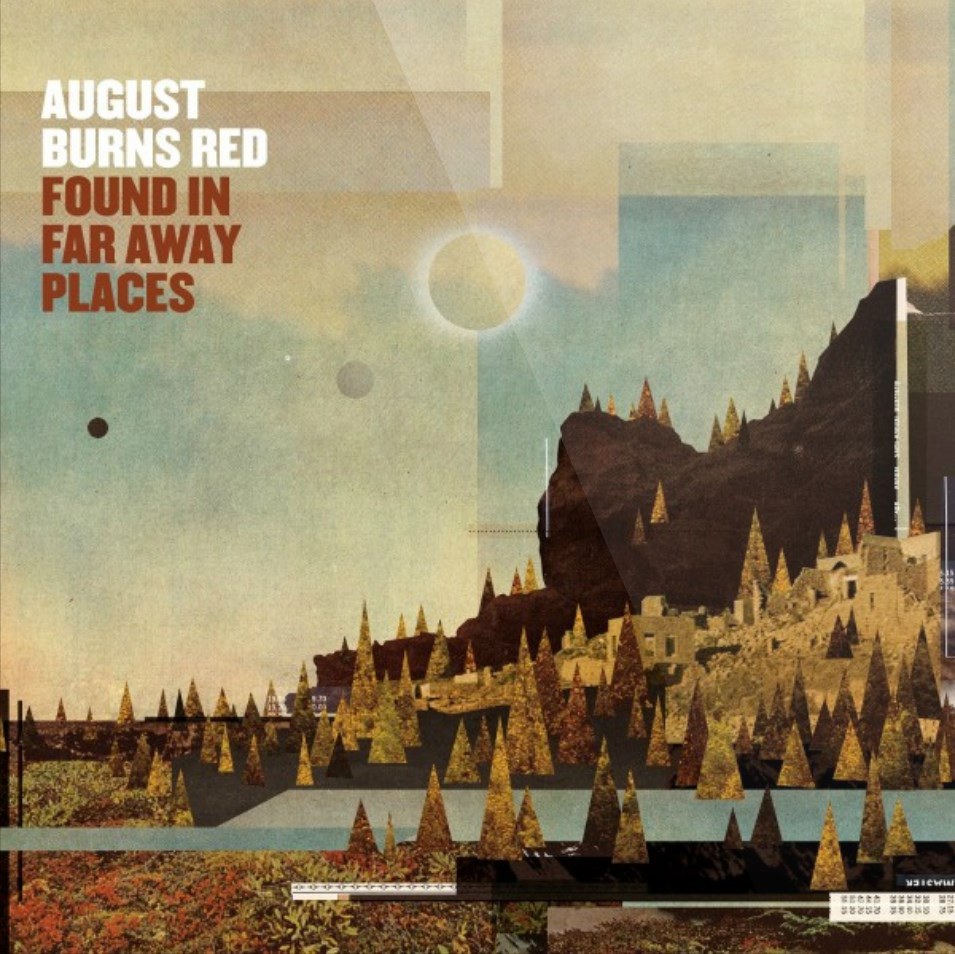 ‘Found In Faraway Places’ is August Burns Red’s seventh studio record and proof that the quintet, hailing from Manheim Pennsylvania, are able to consistently deliver metalcore that never strays into generic territory. Unlike other Christian metalcore bands (I’m looking at you, The Devil Wears Prada), August Burns Red pour their passion for religion into their music WITHOUT preaching to their fans, and on this record, they won’t have any trouble expanding their already loyal fanbase.

The musical shift on this record is obvious from the off – there are beautifully crafted instrumental interludes on songs like ‘Separating The Seas’ and ‘Everlasting Ending’ – it’s a natural progression from the melodically inventive writing on the band’s last release ‘Rescue and Restore’. Although the sound is undoubtedly August Burns Red, the band have pushed themselves as songwriters and it shows in the lavish solos an intricate lead lines.

It’s refreshing to see a band stay uncompromisingly heavy when so many choose to dilute their sound – the passion the band have for what they do bleeds through into their work. Opener and lead single ‘The Wake’ is a standout track, as is ‘Ghosts’ featuring Jeremy McKinnon of A Day To Remember fame; it’s an odd pairing in theory, but sonically mind-blowing.

All in all, Pennsylvanian metallers have delivered once again. The album needs no more than one listen for any metalcore fan to decide that in ‘Found In Far Away Places’, they’ve found a strong contender for Album of the Year.