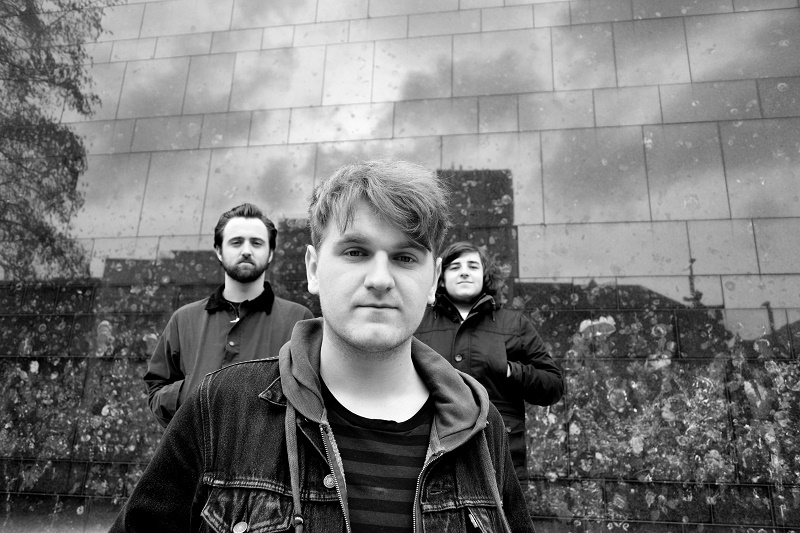 There must be something in the water in Leeds. From Eagulls, Pulled Apart by Horses to Hookworms – this Yorkshire city keeps pushing out talent like it’s no one’s business. The latest act to be cut from the same noise-laden cloth are Forever Cult, a hardworking trio of lads who are gaining a reputation for their brand of Seattle grunge meets indie rock.

Two thirds of the band, vocalist/guitarist Kieran Clarke and bassist Alex Greaves, are chatty and in high spirits as we meet a Wakefield car park before their set at Long Division Festival. Drummer Aaron Snowdon is otherwise engaged running production for the festivities.

“It’s super bright out here,” says Alex, squinting up into the grey mid-afternoon sky. “Yeah, we’re not used to daylight,” Kieran adds. They’ve been in a dark room all day, they explain.

The boys take up their ‘Leeds band’ label half-heartedly. “We’re kind of a Leeds band, but only kind of,” Alex shrugs. However, the reluctance is more due to technicality that anything else, explaining that not too long ago they were associated with nearby Huddersfield, where they all met. When it comes to the town of their musical beginning, Alex describes matter-of-factly, “It’s just a shithole.”

Their influences are clearly reflected in what they play. “Everything’s heavy, but there’s a pop melody to it,” Alex explains. Kieran cites Waves, Pixies and anything between the period of the early 2000s to late 1990s as his main influences. Alex adds Arctic Monkeys to the mix, pointing out the importance of pop and song writing. “All the best songs are about girls, that’s my theory. We have NARCs on Clue Records as well and they write about the most political shit ever, and we just sing about girls. It’s pop music, isn’t it?”

“And stuff like going to the shop. Or not having enough money. Or being really drunk,” Kieran adds. “We’re loud, and we’re getting louder. We played Middlesbrough last week and the bassist from Bi:Lingual was watching and had a nose bleed ten minutes into the set. Not sure if that was because if the noise or another thing.”

“Or an excuse to leave,” Alex suggests.

“Yeah, he just punched himself in the face and left,” quips Kieran, laughing.

It’s this friendly (for want of a better word) banter between the two that shows that the band are still young, fun and enjoying themselves. Kieran says humbly: “You hear bands that go ‘oh its turned into a job’ but we’re still just a little Leeds band having a good time. We have some cool stuff coming up and we don’t hate each other yet.” Alex agrees. “It’s still a novelty, and it’ll never stop being a novelty to go around the country and get drunk.”

The band are set to bring out a 7-inch vinyl soon, stating it’s an achievement off their bucket list. They’re tight-lipped about the details, but Kieran says reassuringly, “We’re doing alright basically.”

Having released ‘Winters Glow’ only earlier this year, the band have just announced another single, ‘Antonio Banderas’. With this work ethic, it’s well worth keeping an ear out for these boys.