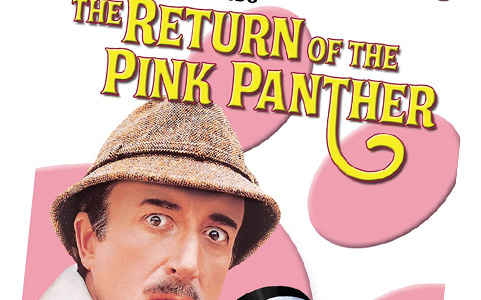 The Return Of The Pink Panther Review

This is the fourth of the Pink Panther film series, and the third to feature Peter Sellars in the role of Inspector Clouseau.

One again, in an extended opening sequence – the Pink Panther diamond is stolen off its perch. And once again Chief Inspector Clouseau bumbles his way around the film trying to find out what has gone wrong.

Clouseau is introduced in atypical berkish fashion, getting in to a heated discussion with a blind beggar (and his monkey) whilst armed robbery is being committed behind the very wall he is standing at.

Chief Inspector Dreyfus (Herbert Lom – who has always been one of the saving graces of the franchise) is at his wits end (literally half-mad already) and is forced to send Clouseau on duty and after the Jewel Thief.

Also back into the fold is the character of the jewel thief (first portrayed by David Niven in the original Pink Panther movie, but replaced by a very caddish Christopher Plummer). Plummer is a fine actor, but his drama and romances here are about as well served as they were for David Niven and Robert Wagner in the original film. The focus we want is on Sellars as he fights his house servant Kato, and ends up in a variety of comedic situations – all the while often blissfully unaware of what is really going on.

The Panther series was still strong at this point, and this particular entry is not to be found in many of the box sets, so for collectors this is going to be popular!

There are no extras.