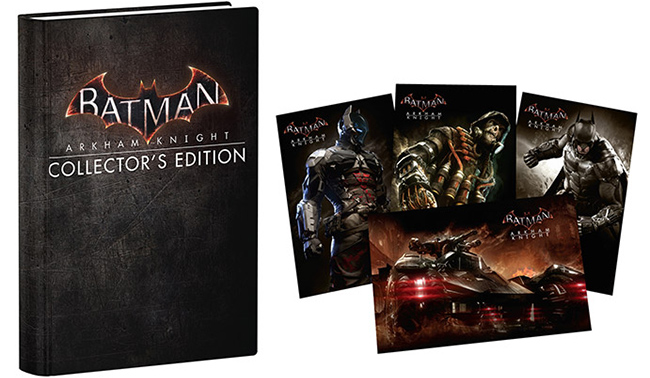 Brady Games and DK Books are back once more to cover the Arkham game series – giving game players the tour, the different secrets, the mysteries to uncover, and a general guide to how to beat the game successfully and get that coveted 100%.

And once again they have outdone themselves in terms of clarity; depth and design with all departments making this visual guide a worthy companion to the game.

The book starts with an introduction to the game and the game play. You are then given a look at some of the personnel going up against the Bat on the streets and the vehicles you will likely encounter – armoured or otherwise.

There is then a lengthy look at the WayneTech arsenal which focuses on various gadgets and what they can do, including which buttons on your Playstation or XBox controller to hit (as well as available upgrades you can achieve throughout the game.

Then you get to the walkthrough of the game itself – and as with previous games covered in the series you are given direct instruction on how to efficiently navigate the story-mode with a wide selection of screen shots and maps to help guide you.

There is also a large section that focuses on the Most Wanted missions which deviate from the main story and let you take on other villains and obstacles threatening to destroy or harm Gotham and its citizens.

There is also a look at the AR challenges available and where to find them in the game before a lengthy look at where to find and solve the hidden riddles.

Considering there are between 2-250 riddles alone – you’d be thankful for this guide. We think the Arkham series is getting a little carried away with the number of riddles (To the point where we gave up on the first pass at the game leaving us at 96% complelte). Thanks to this guide not only could we hunt the remaining, er, 200 down – but also solve them.

The hardback edition is a nice touch and adds a collector’s feel to the series – hence the title naturally! And that’s not all!  There is also four large collector art cards included featuring batman, Scarecrow, the Arkham Knight and the Batmobile. There is also a code for you to use which will give you a full guide to use on your mobile device as well.

There is also a sneek peek at the end of the forthcoming Akham Universe book which visually explores the entire game trilogy.