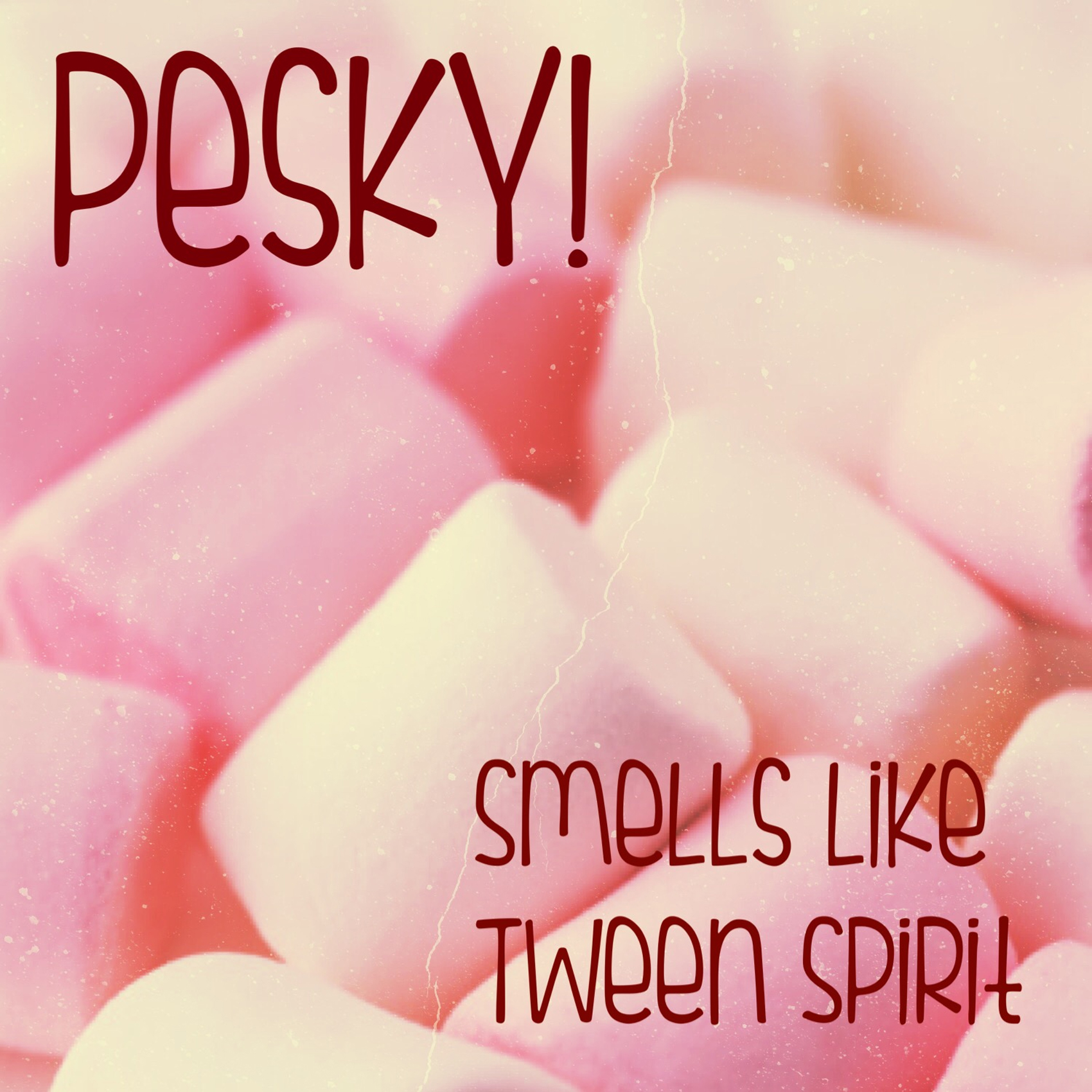 We get sent a lot of music here at Glasswerk – probably upwards of 200 emails a day on average. We listen to as much of that music as physically possibly, but sometimes it’s the details of the release which grab your eye rather than the music that grabs your ear. Initially, such was the case with this debut release from a septet of newcomers called Pesky! – a group of kids all under the age of 13 who are signed to Fierce Panda Records and release Smells Like Tween Spirit on 24th July.

Hooked in by the story, we expected to be bitterly disappointed by the music and instead came away shamefaced for assuming the worst. Whilst there are still a lot of inconsistencies to iron out to make this a truly great record, tracks like ‘Lightning’ stand up as some of the strongest material we’ve heard from a debut in recent memory. A shimmering, soulful blend of lofi shoegaze and indie rock with a smattering of synths to back up the lush melody, it’s an infectious concoction that, given its genesis, is mindblowing.

This music, created by children, resonates with a deep and powerful sense of empathy and emotion that is frankly light years ahead of their physical age and outstrips many of their adult peers. If ever there was a doubt that kids were capable of creating worthy art, this should serve as the final nail in the coffin for the naysayers. The kids are alright.

Under normal circumstances it would speak volumes about the state of the current music scene that this record is so much stronger than a good portion of the submissions we receive, but that would be doing a disservice to the emotional maturity and clearly exceptional talent on display in the songwriting on Smell Likes Tween Spirit. It’s also admirable – and a testament to the importance of supporting the arts in the school program – that they’ve sprung from the Croftlands Junior School Guitar Club, an after-school club put together to teach guitar basics to children ranging from 7 to 11 years old.

Front woman Megan Cooper has an undeniable talent for combining epic melody with incredibly simple chord progressions and structures, with both guitarist Kate and co-vocalist Niamh bringing songs to the table as well. Lyrically simplistic the songs may be, but lacking in depth they ain’t – what Pesky! lose in experience and articulation they make up for in raw honesty. “Right now I feel like exploding!” they sing at the start of ‘Keep Me’, the lead single; a simple refrain that echoes the teenage excitement that makes this release so fascinating and enthralling.

Smells Like Tween Spirit might not be the best record you’ll hear this year, but it might just be the greatest debut, and it will certainly go a long way to showing up contemporaries twice their age who lack an ounce of the talent on display here.

Seven kids from Ulverton, Cumbria – you’d better remember these names, because on the strength of this release (and if there’s any justice in the world) the entire band has a sparkling career ahead of them. Take a bow Megan, Niamh Angell, Patsy Gillam, Kate Stamp, Joseph Jackson, Jessica Webster and Harry Angell – you’re convincingly beating the adults at their own game.

Oh, and if the rest of the Croftlands Junior School Guitar Club are this good, expect a deluge of record label A&R folks to be descending very soon.