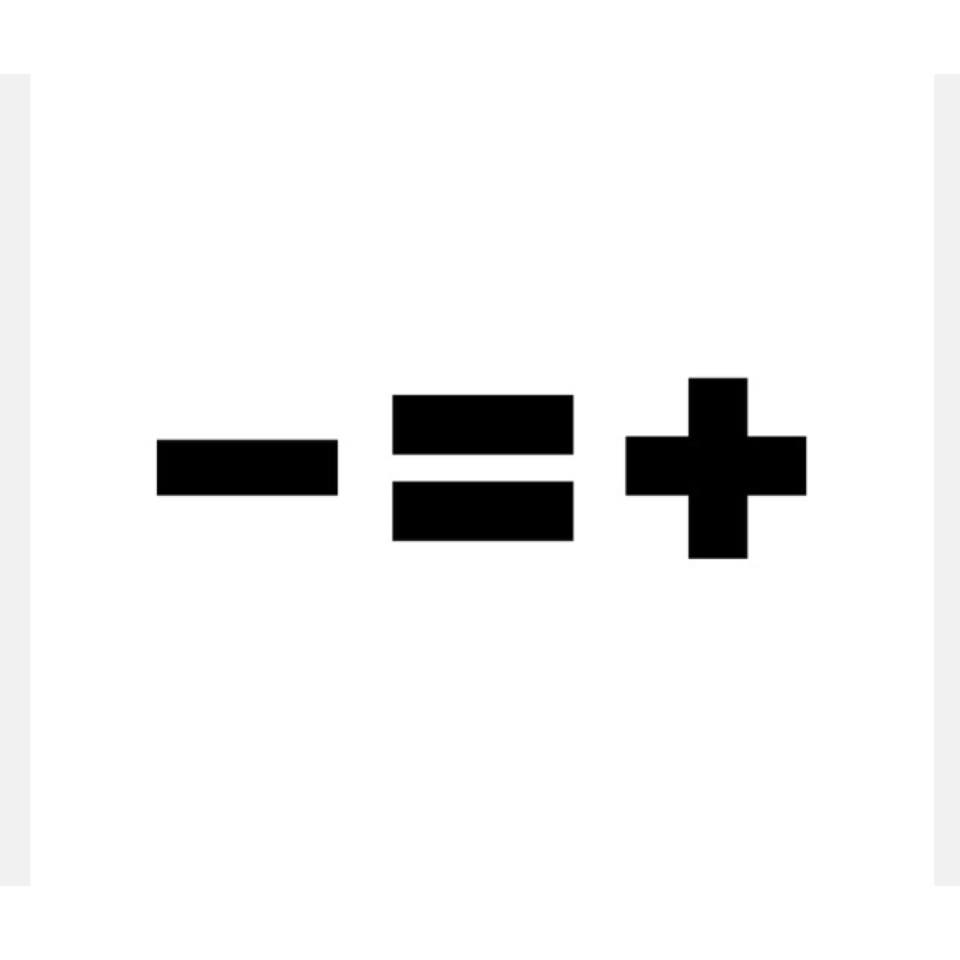 Nowadays, what with the steady influx of disposable, industry-created acts in popular music genres, an attitude of cynicism is understandable. A distrust of the motives behind much of the music nowadays is not unfounded. In the alternative genres, we are treated to a breath of fresh-air far more often than pop fans, it’s true. However, this does not liberate us from music without message, music without cause.

Romans‘ debut record, -+= (Less Is More), is one such breath of fresh air, yet manages to give a sense of honesty, without pushing an outright message, it returns to a simpler time of Rock music, both musically and lyrically, when the banalities of everyday life made for an exciting and catchy tune. Its title, perhaps unintentionally apposite, epitomises this idea; that if we continue to build we can often over-complicate music, and that a return to the fundamentals is in order.

The album opens with ‘Richard’, the first of many tracks titled with a Christian name, which is immediately demonstrative of Romans songwriting abilities. ‘Richard’ is reminiscent of Lower Than Atlantis’ ‘Motorway of Life’ or Deaf Havana’s ‘Past Six Years’; it’s a powerful ode to real-life, to the struggles of growing up and being in a band. Setting the tone of realism for the rest of the album, ‘Richard’ has a hook of “Bear with me, we’ll get through this together” which extends an invitation to join Romans on a relaxed interrogation of life.

Like ‘Richard’, ‘Philip’, ‘Gio’ and ‘Mary’ offer some really bouncy instrumentals, which serve to effectively lighten the honest mood, and make for some great summer sounds. The band demonstrate a clear understanding of the roots and possibilities of their genre, bringing jazz and funk devices to a genre founded on blues. ‘Paul’ offers a timely rest, as an emotive and heartfelt testament to lost love.

“It’s so hard to love and let go, but your heart will heal in time” is one of the most memorable choruses in -=+, and once again reminds the listener that Romans have the emotional intelligence to empathise and heal, as well as the raw power to get your heads nodding. ‘Bet’, ‘Leigh’, and ‘Dr. Drake’ pull the album back into its summery intentions, with more creatively put together guitar lines and rhythmic enthusiasm. The penultimate track ‘Ray’ is the most interesting musical experiment on the album, and utilises waves of vocal and instrumental effects to psychedelic ends. This track stands out from the rest on -=+ as a possible future direction for Romans.

It’s impossible to know where the band will take their sound next, but for a debut album, -=+ marks a great first step, for it acts a great and insightful introduction to the band’s project. Romans end the record with ‘Vick’, one of the most invigorating and anthemic songs vocally, and closing on a playful guitar solo. A final demonstration of the bands song writing abilities, and feel-good vibe which underpin the record as a whole.

Ultimately, it is the charming honesty of this record, both sonically and lyrically, that sets it apart. ‘Richard’ whether it gives the listener a sense of who Romans, the people, are; a chance to get inside their heads. This is a far from invasive process, but rather a summery, laid-back, almost meditative one; which allows one to enjoy the easy-listening, and get a sense of the people behind the music, as friends. So lend them your ears.

-=+ drops on the 24th July, and we’re encouraging you to grab it too so that when at home, you can live as the Romans do.