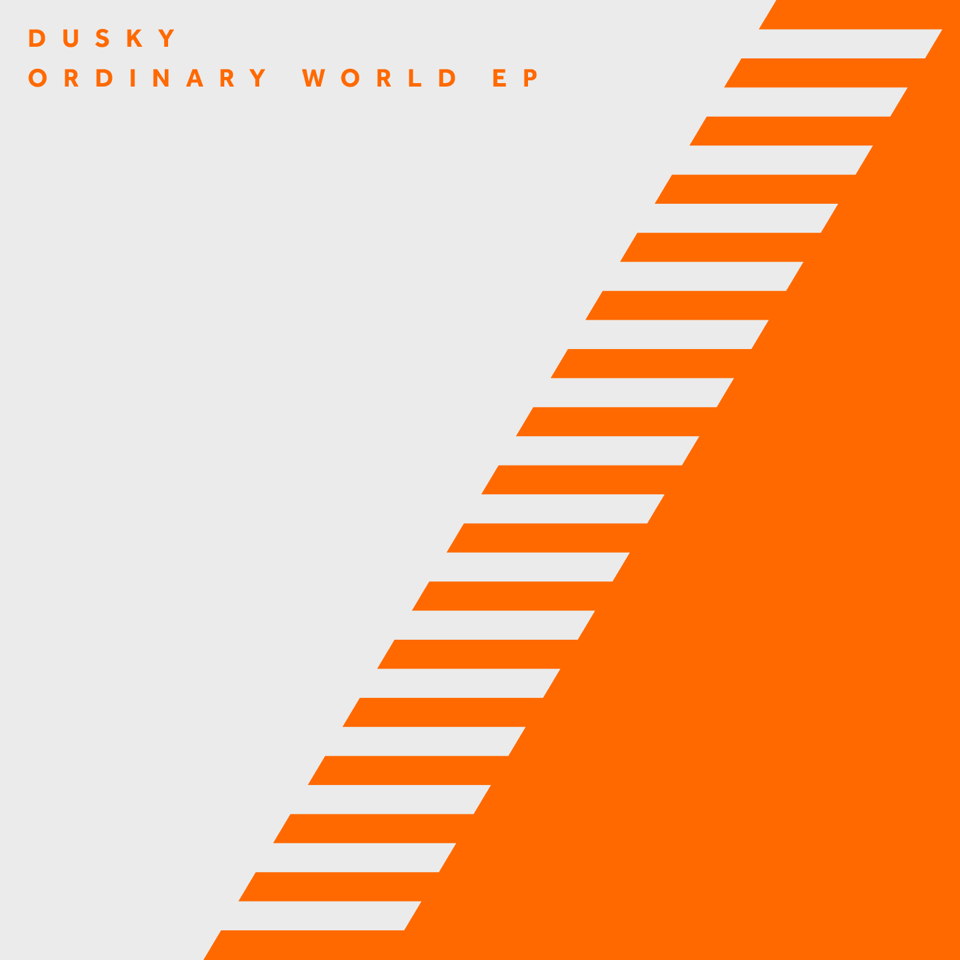 London based duo Dusky released their ‘Ordinary World’ EP on their own 17 Steps label recently, the biggest release to date and coinciding with their announcement on this year’s 20th anniversary on Radio 1’s Ibiza Weekend.

With the new EP, the duo – comprising of Alfie Granger-Howell and Nick Harriman – top off the summer for those energetic beat-cravers in Ibiza. Consisting of four diverse tracks, each has been intentionally imbued with its own personality.

Deep, rhythmic bass-lines are primarily the driving force in each of the tracks; Dusky have a vivid habit for surprising when it’s least expected. ‘Jilted’ is a prime example – just when you think it’s going to be a slow, safe beat the track speeds up, heart-rates increase and it’s that adrenaline that carries the listener right through the next four or so minutes until the end.

It’s the club vibes, the alterations between male and female vocals, keeping the excitement prominent and the anticipation of what’s coming next that keeps you hooked throughout. The sheer power drawn from this EP results in an overwhelming urge to get out to a sunny island and watch these talented guys in action. Dusky intertwine their lyrics and their instrumentation in each track giving a more memorable finish. The duo clearly know how to make their music more personal, more real, they show drive, passion and enthusiasm, resulting in something no other could replicate.

‘Ordinary World’ is something of a rebellion, it isn’t completely motivated by synths or drum loops, it can’t be solely confined to one genre, and it’s not a one-hit-wonder – it’s a record that you want to listen to again and again.