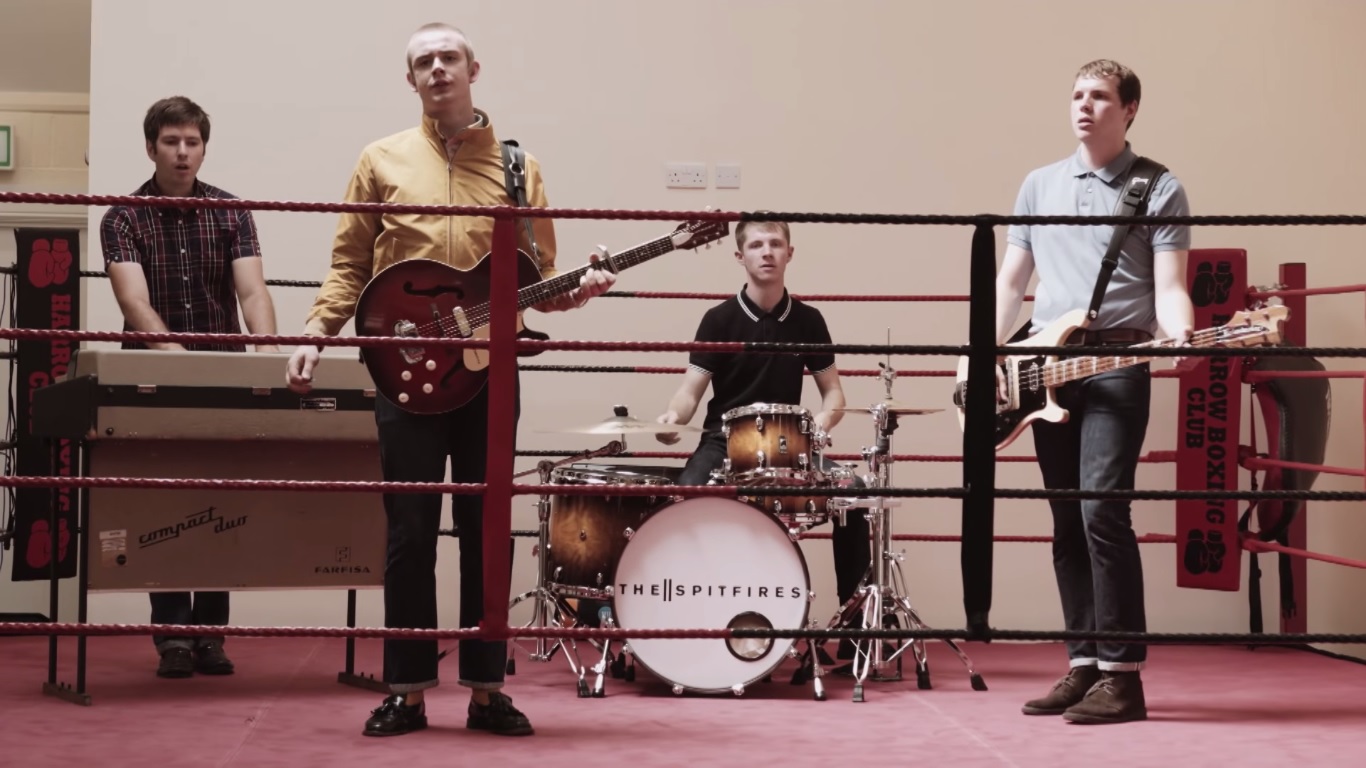 Video of the Day: The Spitfires – 4am

Watford quartet The Spitfires have revealed the video for their new single ‘4AM’ which is set for release on 7” single including unreleased b-side ‘Drowning’ on 14th August.

“4AM was one of the later tracks to be written for the album” explains front man Billy Sullivan “It’s just about being skint and how it makes general living a struggle. Your girlfriend thinks she deserves better than you, the landlord’s driving you mad because you haven’t paid the rent and in the end you lay awake at night thinking about it. Lyrically I’m not trying to be sophisticated or particularly clever – just painting a picture of mundane life.”

Complete with a rousing brass section refrain and a tale of the everyday mundane struggles that affect us all at some point in our lives, it’s a tale echoed in the new video for the single. Reminiscent of Shane Meadows’ depictions of the kitchen-sink dramas of working class life in England, they’re setting out their stall as a powerful voice for the disillusioned that speaks to a generation of young people caught in the vice of an aged and wealthy retired class on one side, and a spiteful and vindictive Tory government on the other.

Their much anticipated 13-track debut album ‘Response’ will be released on August 21st 2015 on vinyl, CD and download on their own ‘Catch 22’ record label, via Republic of Music.