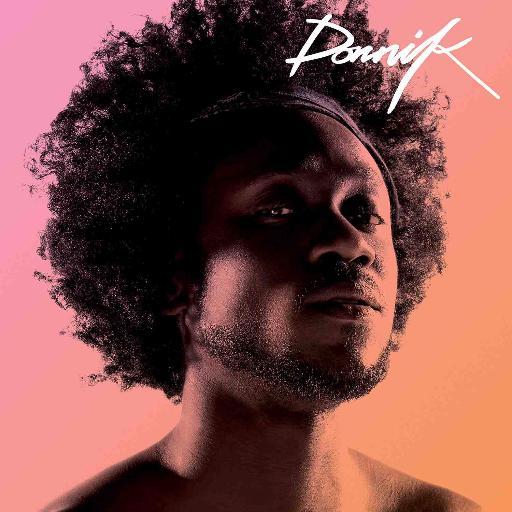 PMR Records delivered another gem on August 7th in the form of Croydon born musician Dornik and his self-titled debut album. Co-written and produced by Dornik, with Grammy award winning US producer Pop Wansel (Alicia Keys, Kendrick Lamar, Kanye West) the man himself has arrived in our lives in perfect timing. Post-festivals and beach parties of July; post the hyperactive buzz of energy the beginning of the summer months bring. This album sweeps August, and us, off our feet and into a state of relaxation with 10 totally refreshing tracks. Dornik brings us valour and clarity through his fusions of Michael Jackson and The Neptunes with all that we love about funk and RnB. This man exceeds summer jam expectations with his flawless, hypnotic riffs and soothing yet still driving beats throughout.

Having released two singles off the album first, ‘Drive’ followed by ‘Stand In Your Line’, Dornik has already had airplay on BBC Radio 1 from Annie Mac, and on BBC Radio1Xtra from MistaJam. With an impressive line-up of late summer to autumn gigs taking him through from London to Pitchfork Paris on October 30, Dornik is sure to be an unforgettable album throughout the remainder of 2015.

Luckily, this guy has it all; the looks, the vocals and the magic at his fingertips to produce music. From fast paced drum beats to slower, sensual beats, Dornik keeps us attached whether we are left with a cool, breezy laid-back feeling or like we want to get up and dance to the contagious beats he so cleverly creates. He has epitomized the sound of summer 2015, hitting the nail on the head with his originality whilst still keeping the characteristics of funk and RnB intact.

Dornik undoubtedly has had comparisons to the King of pop himself, Michael Jackson, some of which can solidly be confined to merely his vocals which come across with the same ease and passion to Jackson. However, similarities can also be drawn in their production styles. ‘Mountain’ in particular expresses some of the qualities which can define a lot of Jackson’s music, from the domineering kick and snare beats keeping our hearts racing to those sweet, smooth vocals. However, Dornik in his own unique style turns the table on pop, instead using these characteristics and turning it into his own, intertwining them into a more chilled style, the drum beat appears less domineering and more so the anchor, keeping the track together, keeping our hearts pulsing with every beat but at a more tolerable pace, we are soothed by it rather than excited.

Harmonies are one of the highlights of the debut album, oozing with sensational effects they drizzle onto your ears like sweet honey, silk, we a warped into a mesh of vocals and easy-going guitar and synth riffs, the essential chill album. At some points you can’t exactly make out what Dornik is singing, almost declaring, but you can feel the sincerity, the passion in his words.

Dornik makes his work seem effortless; like you could make this kind of music in your sleep. But the complex alterations in the rhythm of his beats, specifically in ‘Stand In Your Line’ – which moves flawlessly from a 4/4 beat to a dub step rhythm for each chorus – proves that this is far from the truth. This track is 6 minutes and 19 seconds of pure genius.

After listening to the album, some of Dornik’s key qualities are more audible, in the main his extremely talented vocal work. Adding already to his flawless voice, Dornik mixes each track with a combination of vocoder-like effects and tastefully precise auto-tuning. He sweeps reverb over his vocals just enough so we’re not drowning in a voice that sounds lost and inaudible, instead we are drifting with him on the journeys he takes us on within his story-telling songs.

That’s exactly what Dornik is, a journey, one that you will take you into a trance you won’t be able to get enough of, and more importantly one you won’t forget.

Dornik is available now on iTunes and Spotify , or on vinyl from https://store.dornikmusic.com/