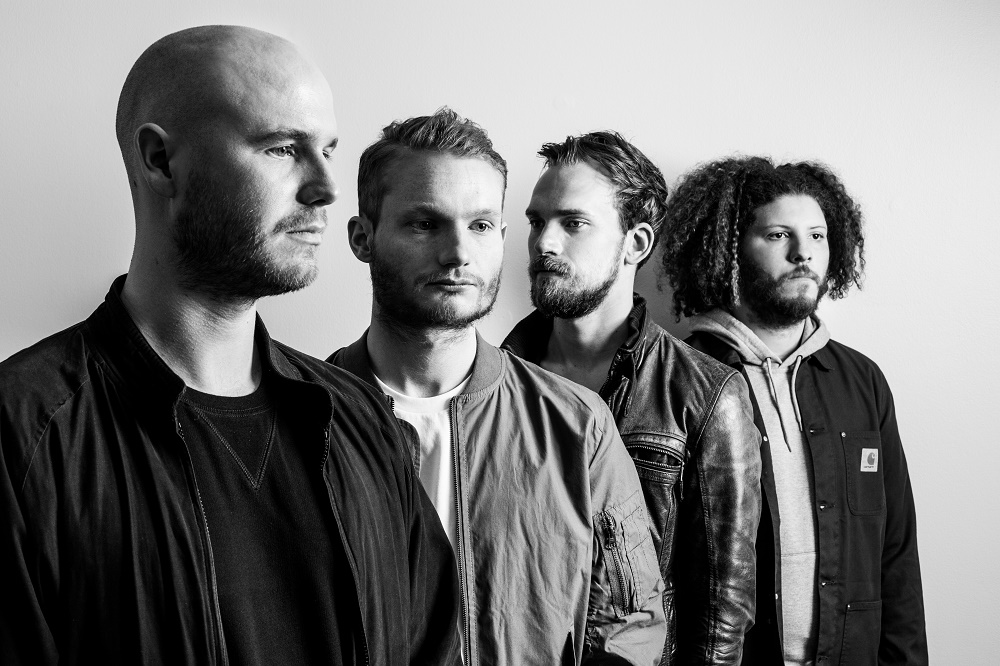 Icelandic genre-hoppers Agent Fresco landed for a double-set at Tech Fest, and Glasswerk reporter Iqra Choudhry caught up with vocalist Arnόr Dan Arnarson and guitarist Þórarinn Guðnason to chat about their upcoming record, and what it’s like being Iceland’s most prominent act.

You guys have just arrived from the airport – how was the journey?

Arnόr Dan: It was alright, yeah.

Þórarinn: We don’t want to cry about it (laughs)

Arnόr Dan: Morning flights are just annoying because you don’t get any sleep, really. You wake up at 3am and get to the airport for 4am, it’s been a long day of travel, but we’re feeling fresh.

You’re on before the headliners tonight, and then you’re doing an acoustic set tomorrow – are you excited about it?

Arnόr Dan: It’s our first time in the UK, so we’re really excited.

And you’ve got an album out soon too: ‘Destrier’. How excited are you to release that?

Þórarinn: We’ve been waiting so long – it’s been a long time in the making and it’ll be nice to get it off our chests.

Arnόr Dan: Normally – and my friends know this – I can’t look forward to anything because I know there’s plenty to do today and tomorrow so I can’t really think about things happening in the long run, but it’s been very long making the record and very long following up. Mixing, artwork and all the bundle stuff and social media stuff. Still not being able to share it with people has been difficult, but I’ve heard worse scenarios with people having to wait a year.

You’ve released a video for ‘See Hell’ recently – how has the response to that been?

Arnόr Dan: It’s been really positive, which is really weird. I was expecting someone to diss the video. We take our music videos seriously because we see them as an opportunity to extend the emotional message, or extend the song itself in any way possible, artistically. And we found some really good people to work with; a good company, and an actor who has almost the same name as I do. And yeah, it was fun to direct that, and I’m really proud of it. And I haven’t seen any negative response, which is weird.

Þórarinn: The internet is always a nice forum for negative reviews, but we’re really proud of it.

Are you guys going to be seeing anyone at Tech Fest?

Arnόr Dan: Well, shoot me in the face. I was really hoping that we could have stayed until Monday so we could see some bands tomorrow. So I’m just going to name some bands that I can’t see and I wanted to see; our friends in Monuments – it’s always a blast seeing them perform, and I really like Rolo Tomassi. They played in Iceland like 5 years ago and I saw them at a record store. I’m really sad I can’t see them. But we get to see Heart of A Coward tonight and then we have an acoustic show early tomorrow and then we leave!

You have a few German dates after this and then you’re playing a few shows back in Iceland – do you have any plans to come back to the UK?

Arnόr Dan: Oh, definitely. We’ll be back in November and December. I think European tour dates are going to be announced in two weeks. So we’re coming back. We’re playing a festival in Germany and it would be a shame to travel so far and not to do a few shows there. But we’ll be touring Europe later.

Arnόr Dan: Any festivals. We’re not in a situation to say no – anywhere that will have us.

Þórarinn: There are legendary festivals I want to play. Like Download in the UK and Rosskilde – one festival on every continent would be nice.

What was the first show your band ever got paid to play?

Arnόr Dan: The first summer we were a band, we got a grant from the city of Reykjavik . We performed Jazz versions of our songs – we had like four songs at the time. And that’s how our acoustic shows started.

What were the first shows you went to as a punter?

Arnόr Dan: I went to see Elton John with my father – it was amazing.

Þórarinn: For me, it was Korn.

What would you say have been your best and worst shows as a band?

Þórarinn: There was one two weeks ago that was kind of both of those things, because everything went wrong, but it was a really good show.

Arnόr Dan: Yeah – we all took turns falling out of time, and it was all my fault, because I stepped on one cable and there was no guitar for thirty seconds, and then I stepped on Vignir’s cable and he pulled his own cable out of the amplifier, so first he thought it was that, and then he thought its was his bass and then he realised it was me. So that was twenty or thirty seconds. And then I coughed manically and lost half a verse. I thought I was going to throw up. But it was a great show – it was so sweaty! And I don’t think there are any ‘worst’ shows – we’ve never had anything thrown at us, or been booed off stage. And good shows? That’s just when we get good feedback from the crowd and connect with them – we played a festival two days ago and it was amazing and we’re expecting the same here, because we know that the people are nice, and Simon’s done an amazing job.

What would be your dream tour? If you could pick any three other acts; money no object and no regard for genre – who would you pick?

Arnόr Dan: If I could choose a band that I really like when I was younger, and I really like now, it’d be Deftones. That would be nice.

Þórarinn: Deftones, Meshuggah, Coheed and Agent Fresco – how does that sound?

Arnόr Dan: I don’t know, I think we’re lacking a bit of pop in there. Let’s make it happen, though.