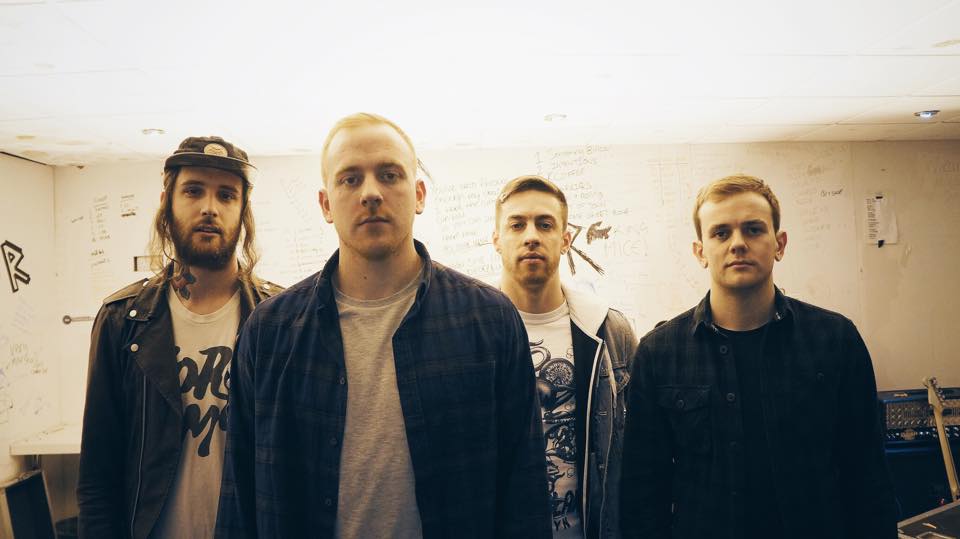 A Quick Chat With: Romans

Jess Kempner caught up with Birmingham newcomers Romans recently following the release of their debut album – = + to find out what they’ve got in the pipeline for the rest of the year and the process behind the record.

Q. Firstly hello! Where in the world are you and what are you doing today?

A. Currently at home in Kidderminster, watching the football. Thank God the season has started again!!!

Q. So the new album is finally out, any funny anecdotes from when you were recording it?

A. There was one day, the computer we had been using for tracking drums and bass decided to pack up on us after two or three days. After an hour or two with our hands on our heads in despair, it came back to life. At the time it wasn’t, but looking back on it its quite funny. Sort of….haha!

Q. I personally love the record, how do you feel about the finished product?
A. Thank you, its very nice to hear somebody likes something you’ve put a lot of time and effort into. Were very happy with it. We wanted the album to sound as live as possible, we didn’t want there to be a massive difference to the record and when we play live. I believe we have achieved that.

Q.I know it’s like asking you to pick a favourite child, but is there any one track on the album that at the moment you are most proud of?

A. Probably Bet or Richard. I find them the most fun to play.

A. It was a reflection of the whole writing and recording process. We’re a totally self funded band, so we had to work with a less is more approach on every aspect. The majority of the album was recorded in a garage, the artwork, videos and everything involved with the album is done by us. It made sense to run with the theme!

Q. How much fun did you have recording the Gio video? Can you explain what goes on for people that haven’t seen it?

A. So for people who haven’t seen the video. All four band members have to complete three different challenges. The loser has to do the forfeit, which in this case was eating super hot chicken wings. It cost us about £9 to make, and we had such a laugh filming it!

Q. Is there anything you would love to try as a video concept? How much input do you have over your videos?

A. I love the part in Foo Fighters video for Pretender with all that paint and that, looks like a right mess and a right laugh. The last three videos that Romans have put out, we have come up with the ideas and recorded it all ourselves so you could say quite a bit.

Q. How much influence did the Birmingham music scene have on you growing up, and how has this affected you as a band?

A. I’d love to be able to tell you it influenced us loads, but I’d be lying. There’s obvious areas where we take inspiration from, but there’s no major influence on us.

Q. Have you got any live dates coming up where people can come and see the new stuff?

A. We have a massive hometown show this Friday 14th August at The Sunflower Lounge. Gonna be a banger!

Q. What thing are you most looking forward to in the second half of 2015?

A. Myself, I love playing live and also when we are writing new stuff, that’s when we’re having the most fun!