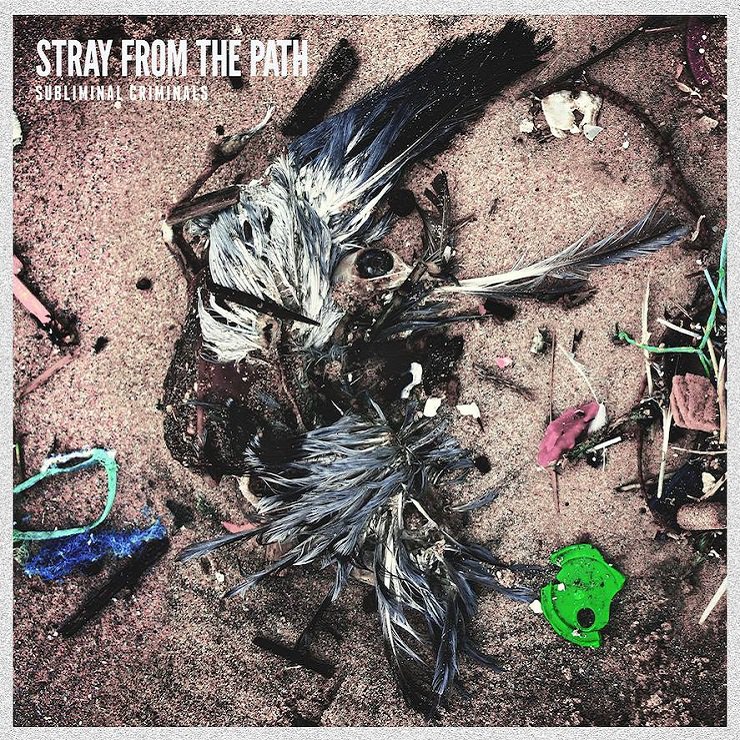 Stray From The Path – Subliminal Criminals

The eighth full-length release by Long Island hardcore punks Stray From The Path is a melodically-driven middle-fingers-up-to-the-system of a record. This many records into their career, the punk veterans are as angry and as politically focused as ever, and their rage is fuelled into a passionate call to arms on this album.

From the discordant wail of sirens and chugging riffs of album opener ‘The New Gods’, vocalist Drew York spits venomous vehemence, and his anger is relentless over the course of the record. Because the Long Island four-piece have a lot to be angry about. Never a band to stay quiet regarding difficult issues, Stray From The Path tackle them head-on.

From the post-Ferguson fury of ‘Badge and a Bullet Pt.II’ in which Drew rails against racially-motivated police brutality in modern-day America, to the combined screams of Drew and Architects’ Sam Carter on ‘First World Problem Child’, a wakeup call aimed at all the rich white kids with something to say; the record is a study in solidarity, intensity and passion.

With guest vocal performances from Rou Reynolds (of Enter Shikari) and Cody B Ware, this record takes a newer and varied approach to the metalcore-tinged hardcore grooves the band have consistently delivered with. This is Stray From The Path at their heaviest, at their most experimental, at their best.