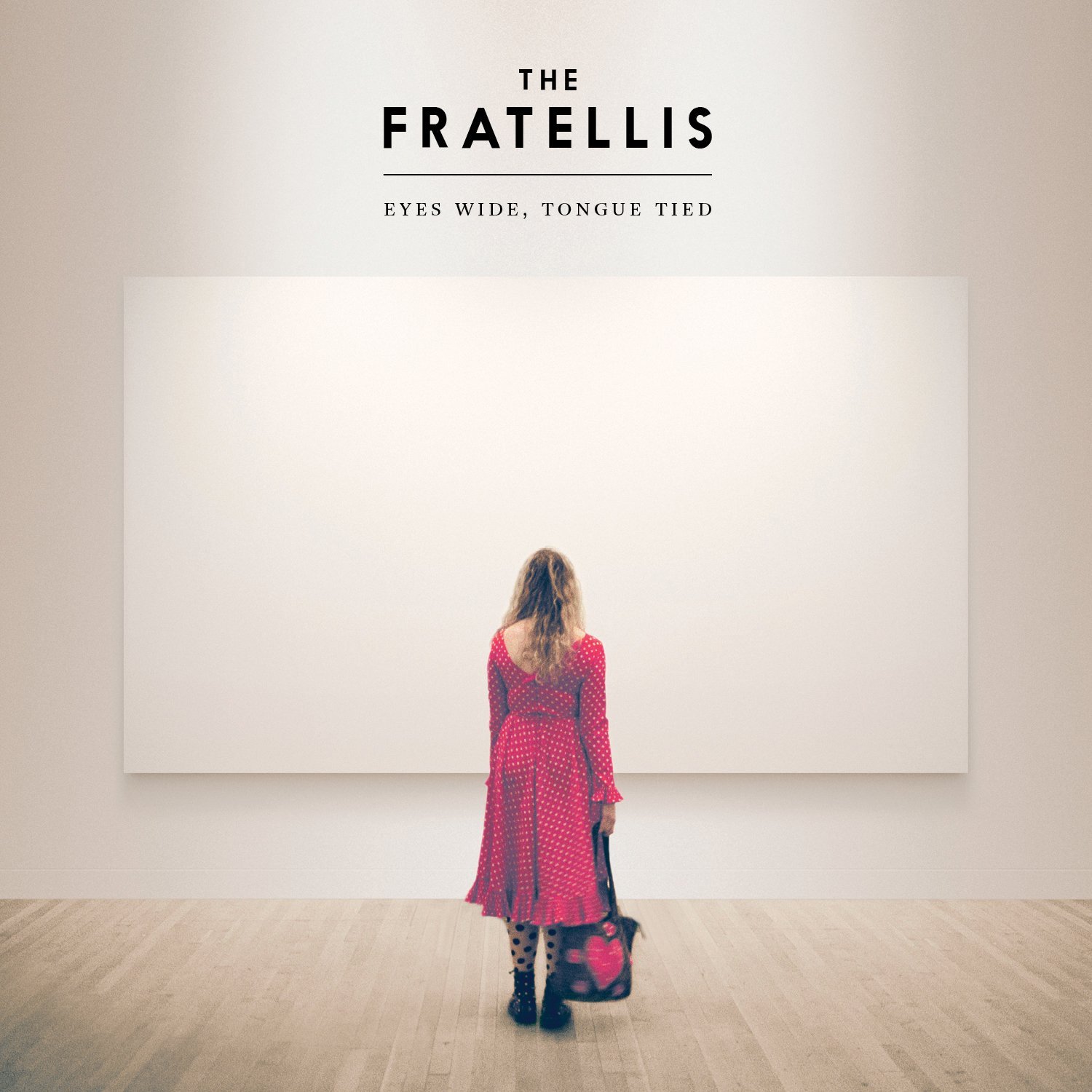 The Fratellis return with their fourth album Eyes Wide, Tongue Tied, a largely upbeat and energetic collection of eleven new songs. Recorded, and mostly written, in Los Angeles, there is a Californian shine to many of the songs, and touches of Americana infuse the music.

There is a fair amount of diversity on this album though, and several other influences are clear too. The melodies are perhaps more subtle than in past releases, with lovely guitar parts and intricate rhythms more common than anthemic choruses. There are singalong parts of course, but thankfully nothing like their most famous, and vastly overplayed, song.

The excellent lead track Me And The Devil has been used as a preview for the album and made available through the band’s website. Largely piano driven, it sounds like it might be another Crossroads type blues song, but is actually more of a declaration of love, and it works well. The slow intro has a dramatic edge and the strident vocals are powerful.

Perhaps the best song on the album is the penultimate track Too Much Wine, a bluesy drinking song that could have come from The Faces back catalogue. It has the feel of a set closer, a lively song with a fast rhythm and another fine vocal performance. There’s a very good guitar solo in there too. It is followed by the slow and atmospheric Moonshne, a real switch of pace that ends things on a lovely note.

In between are some very good Fratellis tracks. Imposters (Little By Little) has a country feel, a jaunty guitar melody enlivening a fairly basic love song. Baby Don’t You Lie To Me has the fast pace and passion of much of the band’s early work, an updated seventies rocker. The rambling bluesy Getting Surreal is the type of track that The Fratellis do so well on stage.

Slow is the best of the more stripped back tracks. Again the piano leads and Jon Fratellis vocals are passionate and soulful. The other slower tracks don’t quite stand out in the same way. Desperate Guy and Rosanna are both a little one paced while Dogtown could be an alternative version of Come Together.

It’s a couple of years now since The Fratellis last release, 2013’s We Need Medicine. While some of the band’s early momentum may have gone, this album should bring them back to the attention of music fans everywhere. Eyes Wide, Tongue Tied shows a more mature band, comfortable in both their songwriting and performing and still with a great deal to say for themselves.