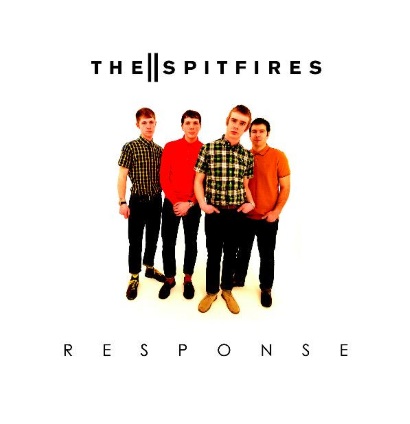 My original review of The Spitfires took a very different tack.

It was rather negative… There we go, it is out in the open… I heard a derivative band riffing on old mod standards yet again and it bored me.

The same factors were still in place, but this time round I felt more enamoured with the working class ethos that has been running through music for longer than my own living memory allows me to recall.

In The Spitfires I hear The Ordinary Boys, I hear The Pigeon Detectives and The Enemy, all of these three harking back further perhaps to the sixties or seventies, or perhaps to the bands that took inspiration from these generations further down the line, and I realised that my own initial attitudes to the copy-cats of the 21st century that I first heard have just as much right to pick up their instruments and make the music they wish to make… Even to my own ears on separate listens I heard a tired retread and a simple homage to well-loved music that has stood the test of time.

You’ve probably heard this album before, I’d place money on you hearing this album again.

This isn’t an in-depth review, nor is it seething vitriol or heaped praise.

This is lads, indebted to the sounds of the past, making music that reflects their lives.

And why should anybody hold that against them?