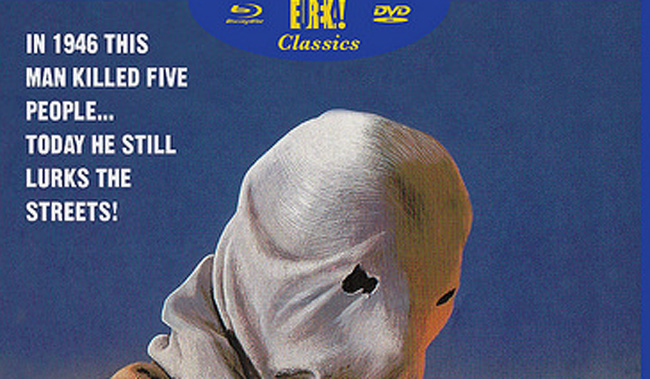 The Town That Dreaded Sundown Review

In 1972 director Charles B. Pierce made his first film, a B horror film called The Legend of Boggy Creek. This told the alleged true story of a small Arkansas community terrified by the sighting of a legendary ‘Big Foot’ type creature stalking in the back woods and swamps. Although the story is fictitious, its made as a docu-drama and narrated by Vern Stierman to look like a real documentary. This pre-dates the post-Blair Witch Project sub-genre horror film of found footage horror which culminated in the effective [Rec] films. In 1976 Pierce returned to the same familiar territory with a more accomplished film based most assuredly off a true story, The Town That Dreaded Sundown.

The film opens with the same narrator of The Legend of Boggy Creek, Stierman telling the story of the night of 3rd March 1946 (although the original first incident took place on 22nd February 1946) and pursues the narrative timeline of events over the next 3 months. Stierman gives the post-war feel to the town in his narration, the sense of optimism about the future and an impression of small town American life. The film makes clear that the events are true and only the names have been changed (although we have seen in some cases the dates). The town in question is Texarcarna, a town that borders Texas and Arkansas on the Arkansas side. It seems a rather dull and sleepy town where not much happens. On that night a young couple are smooching in a car when they are attacked by a hooded scarecrow-like figure who drags them out of the car and brutally assaults them, leaving then near dead. This sends shockwaves of fear through the local community until the story dies down over the next 3 weeks. Three weeks later to the day the next victims are found by a patrolling police officer who finds the victims have been shot dead with a female found tied to a tree with bite marks on her person. Fear becomes stronger now leading the local sheriff to call in a more experienced police inspector. Enter veteran actor Ben Johnson, former popular western star and in a few John Ford films and still riding high on the success of his Oscar win in Peter Bogdanovich’s The Last Picture Show (1971) as Sheriff B. Morales. Johnson gives some weight to Pierce’s B film as he believes that the next murder will happen three weeks to the day later leading to a deployment of police resources to prevent the killer. But the killer throws a bluff and still manages to kill a couple of young smoochers. In all there are 8 victims of the unknown assailant who disappears as fast as he came, his identity unknown.

The real murders became known as ‘The Texarcana Moonlight Murders’ and went down into local folkore (Pierce himself is from Arkansas). Although not oft seen these days, the film is a pre-cursor of the slasher genre of horror films. The first recognised slasher (discounting the pre-cursor of Hitchcock’s Psycho, 1960) is usually Black Christmas (1974) before Halloween (1978) being the game changer, with The Town That Dreaded Sundown falling in between. Today many of the comic moments look silly, especially those of director Pierce who plays the clumsy cop known as ‘Sparkplug’, but at the time the plot was seen to be too dark or tense which needed to be broken up with humour. Yet these days this would be seen as the norm. There are many motifs that remain in the film that we can recognise from slashers from Halloween on such as the myriad of murder techniques by the killer, a mask covering his face and as a bogeyman who seems to have supernatural powers and strength. As a film it has much in the way of atmosphere and it is right that it should be re-evaluated in the context of when it was made. The release on Blu-ray by Eureka! looks fresh with the sharp high definition bringing out a strong depth of field of the cinematography. Also on the disc there are a handful of extras including the trailer for the 2014 remake of the film, interviews with cast and crew, production still, a feature length commentary and a typically well illustrated booklet. The cover is also effective, taken from the original cinema release poster. It would have been nice though to have The Legend of Boggy Creek as an extra on the disc.