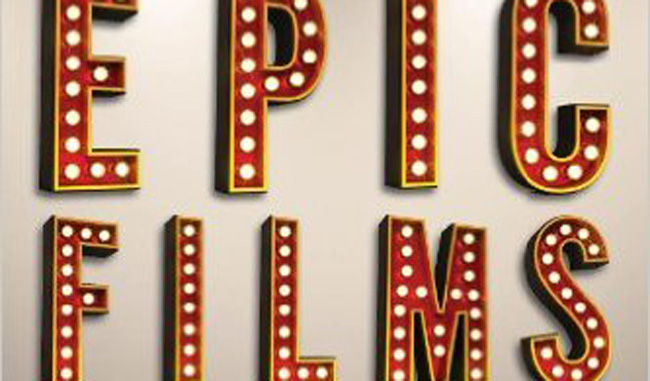 The Encyclopedia Of Epic Films Review

What constitutes an epic film? That is part of what this encyclopaedia attempts to answer. The epic is often associated with historical epics set in the Biblical, Roman or Ancient Egyptian periods. But within the pages of the book this is expanded and there are as many surprising exclusions as inclusions. But of course these Ancient World classics are given prominence and are even sporting the cover. As should be expected the still on the cover of the book is from the chariot race around the Circus Maximus from the 1959 version of Ben Hur, for many the archetypal epic film. The book is set out as an A-Z of epics with several pages given over to each of the approximate 250 films covered (the book is an epic tome itself at 712 pages). At the end of the analysis of each film there are even footnotes and credits for the main cast and crew, running time and DVD/Blu-ray availability etc. But there are also a couple of lengthy appendixes at the back of the book too, with foreign language epics separated into their own chapter as well as superhero and franchise epics which cover a broad church from Marvel and DC comic book hero adaptations, the Indiana Jones films, Harry Potter and the Lord of the Rings films – surprisingly the James Bond, perhaps the greatest and longest running of all franchise films are not included here. There is also an appendix to the filmmakers who are known for their epic films. Given that Richard Attenborough, an epic filmmaker of the David Lean variety, only has one entry, Gandhi (1982) this does seem a waste of space.

The introduction to the book studies the etymology of the epic as well as its origins in Ancient Greece and ancient world oral storytelling. As well as the Homeric stories, Virgil and Ovid, Aristotle’s theories on the epic are also given coverage. The word epic derives from the Greek word “epos” meaning story, prophecy or oracle. But there is also a ‘heroic’ measure to it, vis-à-vis the Homer stories of ‘The Iliad’ or ‘The Odyssey’ and how this can be related in cinematic terms to what we would term an epic in which a central hero goes on his own odyssey. The development of the novel moved to epic stories, such as the novels of Dostoyevsky, Tolstoy’s ‘War and Peace’, Charles Dickens’ ‘A Tale of Two Cities’, Proust and even Thomas Mann’s ‘The Magic Mountain’ has an epic feel to its mountainous sanatorium setting. Clearly this also extends, in literary as well as cinematic terms to length, scope and scale that usually has a big budget, exotic locales and often had a big cast including ‘thousands of extras’. An example of a small local story made in epic proportions is none better suited than to David Lean. Starting with The Bridge on the River Kwai (1957) and all his films thereafter Lean only made epics. His 1970 film, Ryan’s Daughter was a story of small town Ireland about a bored local girl who marries a teacher but has an affair with an English soldier at the start of World War I and the Troubles. In most hands this film would have a modest budget, maybe a decent cast but would not be big in scope or scale, but in Lean’s hands there are sweeping vistas and an ‘epic’ feel to it.

There is often a hero in epic films and those heroes are often historical allowing for multiple plot strands: Gandhi, Hitler, Patton, MacArthur, Moses, Lincoln or Cleopatra to name a few. There are some distinct omissions, however, with the likes of war films and many disaster movies excluded. As previously mentioned Richard Attenborough is only given one credit while films such as the flawed epic war film A Bridge Too Far (1977) is excluded, as are other key epic war films: The Longest Day (1962), Battle of Britain (1969) and Saving Private Ryan (1998) (the latter having shades of ‘The Odyssey’ about it). Yet the story of the epic is in many ways a story of blockbuster cinema. One of the first epics are the two early D.W. Griffith films: the politically suspect Birth of a Nation (1915) (even its title is epic) and Intolerance (1916) – these two films setting the scale of future epics. Epic films disappeared with the coming of sound but made a re-appearance with Gone With the Wind (1939) before disappearing again with the Second World War. They re-emerged with the arrival of Cinemascope to challenge the 1950s TV epidemic before disappearing again when Hollywood almost went bust in the early 1970s and bouncing back again in the mid-1990s. They are still with us today with the cast of thousands now replaced with CGI.

Between the 1970s and the early 1990s it seemed as though the epic had disappeared but as this book shows with the likes of Avatar (2009) and other blockbusters it would seem that it is still very durable. There are flaws with this book but it certainly does a half decent job in making the reader think about what constitutes an epic.