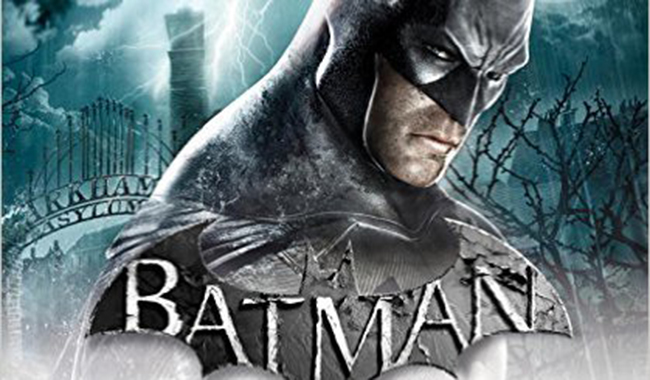 A film series rich and full of character and design – it’s only fitting that books on the subject are released. What’s a bit of a letdown though is how barely beneath the surface this book delves.

This Arkham Universe book does give you a look at each of the games – particularly the characters within each one (and the varied incarnations that they have appeared – the batsuit in particular gets a good going over), but in terms of really exploring the mapped terrains you are going to be left very quickly realising that this is not that book.

Arkham universe also plays it close to the chest in terms of giving out secrets. Sure you get a timeline that will spoil earlier games, but the new one in particular they withhold certain information so as not to spoil it for people still playing. That sad fact alone tells you a lot about the aims of this book. This is not meant as the definitive guide for the series, otherwise we would have been told everything. And although the subtitle says the “Ultimate Visual guide” – don’t let that fool you either.

DK Books do what they can with the design of the book and certainly make it look appealing enough, but it’s the aimed content that lets this book down.

When you play the Batman Arkham games you get a look behind the scenes in the extra features and unlocked features into the designs of the architecture, the character designs, the background history of characters and various well designed 3D maps of areas you will traverse throughout the games.

It is a goldmine for Batman fans to get such intimate detail on characters and the look for the various parts of the city. Arkham Asylum itself is divided up into various buildings, outdoor areas, undergrounds and caves. Beyond that we get into the city of Gotham – again divided up buy some truly magnificent landmark buildings (interior and exterior)

It is such a letdown for fans of the games as they will intimately know the detail of each game, characters, maps and all aspects of the series.

For an ultimate guide you’d expect every aspect of each game to be covered and each of the key areas to be given full technical analysis in text as well as in pictures, including conceptual art. Sadly this appears to be a rushed cover all areas execution with supporting text and some often less than inspiring screen grabs. We were surprised indeed to discover so little inside this what also appeared to be thin book covering a franchise of games. A real missed opportunity for sure.