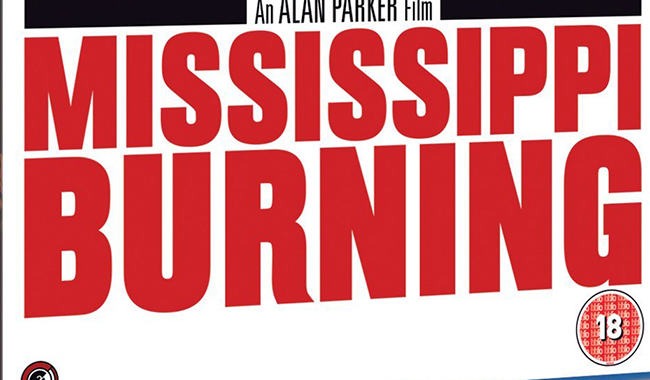 Set in the early 1960’s, a boiling pot of political, racial and social activity: 3 young activist students are murdered down in Mississippi. The FBI are quick to responding sending down two of their operatives to get to the bottom of the missing kids. What they find is a world apart – fuelled by racial anger.

Mississippi Burning was released to critical acclaim back in 1988 and has lost precisely zero of its dramatic legitimacy. Gene Hackman and Willem Dafoe are brilliantly cast as the two agents sent in. Hackman the wizened local old dog who approaches people as affably as he can, and Dafoe as the educated, slick haired naive lawyer talking straight man. Both men however have a temperament that is ready to explode upon the locals when more incidents start to occur. Hate crimes also increase after the arrival of the men in suits.

It’s a dramatized view of the past, but it holds a lot of truth in what has happened with cultural society in what actually was not that long ago. The film has stood the test of time in its artistic skills taken to make the picture and is as relevant now as it has been since before the film was conceived.

The drama between the leads is convincing and smart, and the portrayal of the locals by some of today’s more well known character actors (Brad Dourif, Michael Rooker, Pruitt Taylor Vince, Stephen Tobolowsky and R Lee Ermey to name but a few) all put in stellar performances.

Alan Parker gets full marks for loading the scenes with as much visual imagery as he can as well as keeping the script tight and focussed.

Add to the mix a tension pumping soundtrack from Trevor Jones and you have a classic about American historical culture.

For extras there are a few new interviews from the director, original screenwriter and actor willem Dafoe – all of which are worth checking out, and then Alan Parker also provides a commentary for the film what has been carried over from a previous release. All and all increasing the buy factor for anyone.

Mississippi Burning is still a very powerful film and is tightly constructed making for a compelling storyline with very interesting characters.