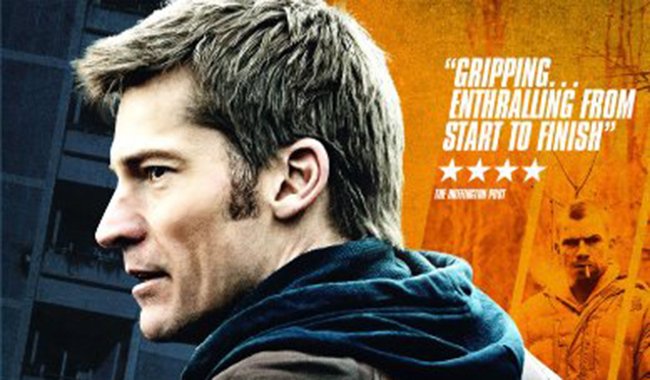 Through a glass darkly and the dark night of the Scandinavian soul would be the best way to describe the latest film by Susanne Bier, A Second Chance. The plot is jaw droppingly hard to watch, especially for anyone with children. Nowhere else but a Scandinavian country could do dark dramas and do it justice. Here is a subject even Ingmar Bergman might shy away from. In the plot of the film, and here there will be some spoiler alerts and plot give aways, given the intricate twists in the plot it will be difficult to do it justice otherwise.

The plot centres on two sets of couples and on the peripheries an alcoholic police partner who has recently divorced but ultimately sees things the clearest. The two sets of couples are a square jawed handsome policeman, Andreas (Nikolaj Koster-Waldau) who has recently become a father and lives with his attractive wife in their smart designer home and another couple, Tristan a violent and abusive ex-con and heroin addict who beats his girlfriend Sanne and tries to encourage her to take heroin with him. Between them they also have a newborn baby. One day both parties meet when the police are called to a domestic disturbance. Andreas is horrified by what he sees with the baby, Sofus just left in a cupboard and covered in excrement. Andreas knows Tristan from previous encounters and knows that he is an ex-con. Naturally, not only as a human being but as a father Andreas is disgusted and sickened by the way this way baby is neglected and is angered further when the social services allow the child to go back to the ‘parents’. Back home with his wife and child he is thinking of these events but they have their own issues with sleepless nights and a crying baby at night. Andreas’ wife is struggling with this but Andreas often gets baby Alexander to sleep by driving him around. One night however they wake to find that Alexander has died in his sleep in apparent sudden death syndrome. Understandably she loses all control insisting that Andreas doesn’t call the emergency services. He gets her to sleep with a tranquiliser and makes a very rash decision. He takes his dead child and sneaks into Tristan and Sanne’s flat and exchanges the dead baby for the living one, thereby giving the child a second chance. Tristan also makes a rash decision to dispose of the baby to hide his involvement in contributing to the death of a baby which will most certainly send him back to prison.

From then on the film continues to twist and turn delivering surprise after surprise. Up to this point it is telegraphed that something like this might occur thanks to the films title. But giving this abused baby a second chance is not the only twist and turn this implies but this keeps occurring right until the end of the film. The surprises also include the performance by top model Lykke May Anderson who Bier insisted on despite the objections of the producers. It paid off. Anderson is superb in the role, understated as she insists that the dead baby is not hers while everyone from Tristan to the police insist that the face changes in death. The amount of events that occur may seem like some preposterous emotional rollercoaster but in the hands of a smart director like Bier it pulls together, even if the viewer does feel as though they are being emotionally manipulated. It certainly deserves a wider audience.