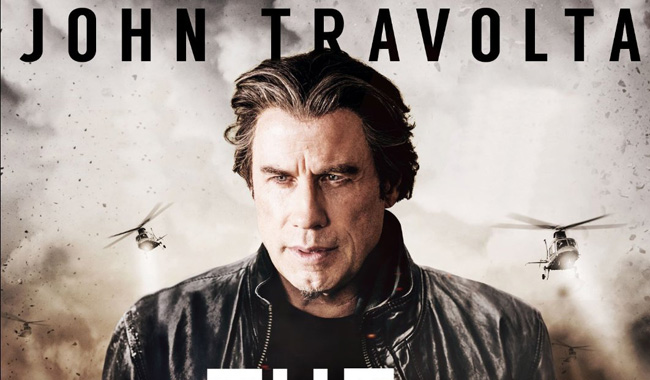 In his latter years John Travolta has made a new career for himself playing edgy criminals. Think of him as the man on the edge as a disgruntled employee given the heave-ho in the earlier Mad City (1997) or as the psychotic thief in The Taking of Pelham 123 (2009). Here he plays a similar role albeit a lot more low key one as an art forger serving a long term prison sentence. As an Irish-American from Boston, Raymond J. Cutter is released from prison following a deal with a crime syndicate. He has personal motivations to be free asides from the obvious: his 15-year-old son has a terminal brain tumour who lives with Ray’s father. Raymond is a top flight art forger and is commissioned by the syndicate to paint a well known Monet painting, break into Museum of Fine Arts Boston and replace the painting to sell to a collector. In the films favour it does focus mostly on the human drama at the centre of the story. His son, Will asks his father for three wishes while he is still alive, which helps them bond. Firstly he requests from his father that he meet his mother who abandoned them both when he was a toddler. She is a heroin addict living in a trailer and while she takes some persuading eventually agrees to meet for the day which makes Will very happy.

For his second wish he wants to have sex. His father arranges for him to visit a whore house but as this would be sex with a minor and the police are already targeting Ray for a number of parole violations the tryst is interrupted leading to a chase across the roofs. Will tells his father this was his best day ever. He also learns the tricks of art forgery and observes his father at work before the big heist.

Yes this is a heist film, but this plays a small part to the film, The grimy locations of Boston are a perfect setting, but the fine art world and work that Ray does fails to mesh with the milieu he works and lives amongst. He comes across as a tough Irish-American bruiser born on the streets of Boston, a setting so-familiar from some of Clint Eastwood or Ben Affleck dramas. His father too played by veteran actor Christopher Plummer who has made a career for himself as something of a strong grizzled character actor over the past few years, now in his twilight. Not made by any major studio, this is not a big budget film by any stretch and Travolta looks very ghostly in the role. It may not be too original but passes the time for those in the mood for more drama than action. Asides from a couple of trailers there are no extras/