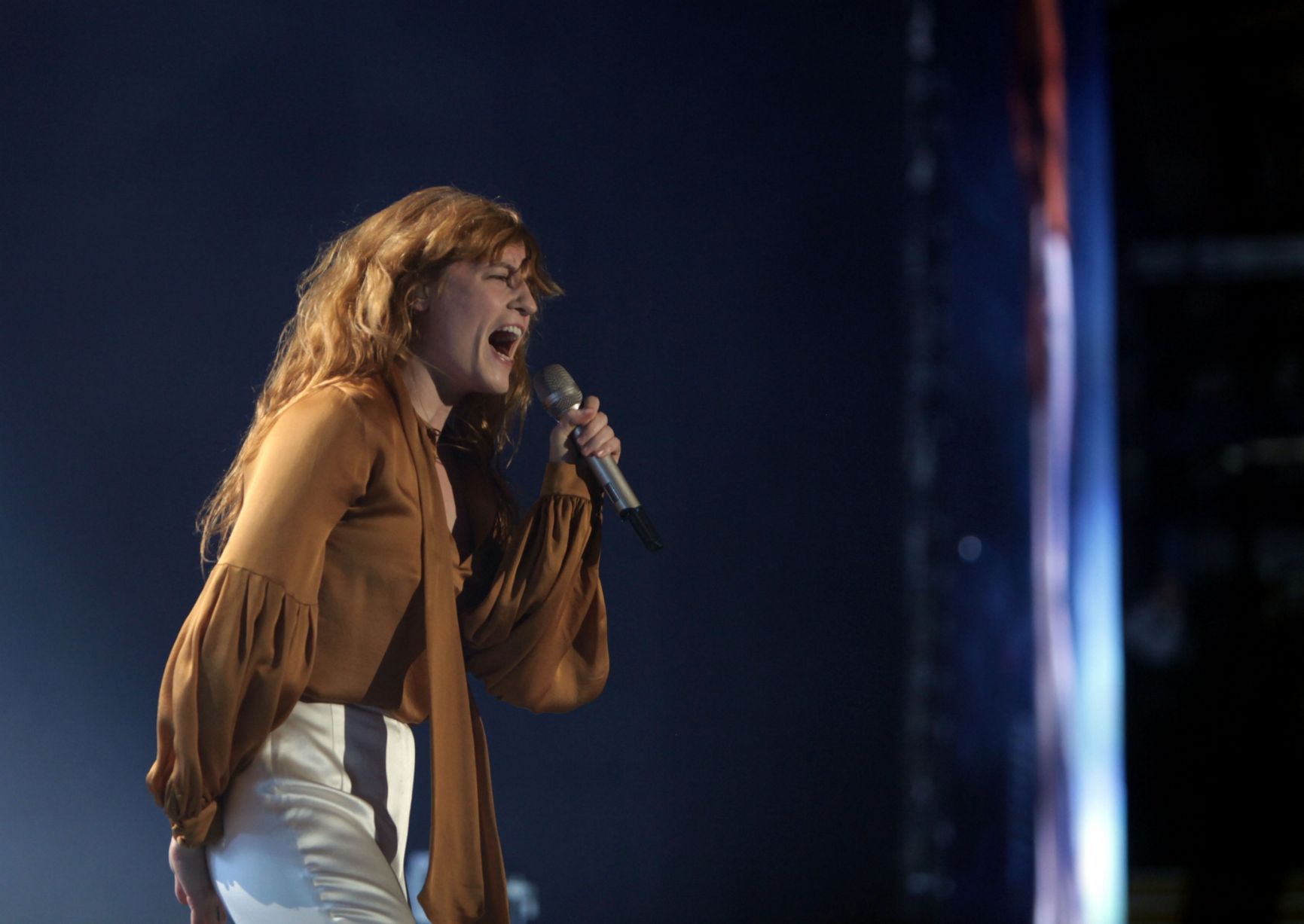 Newcastle’s Metro Radio Arena is awash with people of all ages and walks of life for Florence and The Machine’s ‘How Big’ Tour; the thousands of fans are a testament to the band’s universal appeal.

It’s to a half-full arena that support act The Staves begin playing to. The trio of sisters have their own unique sound, made up of lilting harmonies over loop pedals, a handful of hazy indie-folk, ukulele-driven melodies. They give a confident and charming performance, and with a sold out Newcastle date for their upcoming headline tour in support of sophomore record ‘If I Was’, it looks like the three-piece are going places.

Florence and The Machine are famous for their theatrics – the crowd watch in awe as the band and their backup singers, crowd the stage for the show. A deafening roar signals the arrival of flame-haired frontwoman, Florence Welch, who, resplendent in a trouser suit, looks out over the crowd and grins. Following a stunning headline slot at Glastonbury this year, the band are riding high on the wave of festival success, and deliver a show that acts as a promise of more soaring successes.

Launching into a high-octane set, Florence is a whirl of impassioned energy; she sings, she dances, she skips across the stage and through the stands, leading the bewildered security personnel on a merry dance. From the first bars of ‘What The Water Gave Me’, Florence is urging the packed-out arena to be her choir and to dance their hearts out, and they are more than happy to oblige.

Every word is sung back to the band on stage, newer songs like ‘Mother’ ‘Long & Lost’ and ‘Ship to Wreck’ sit well alongside older Florence favourites like ‘You’ve Got The Love’ and ‘Dog Days Are Over’. ‘Cosmic Love’ is given a charming acoustic makeover, and ‘Spectrum’ has every person on their feet and dancing.

The encore, comprising of two songs, including a surprising and infectious performance of ‘Drumming Song’, is over all too quickly; the house lights go up, and thousands of dazed people leave the arena, and the magic of the indie-rock showstoppers, behind.