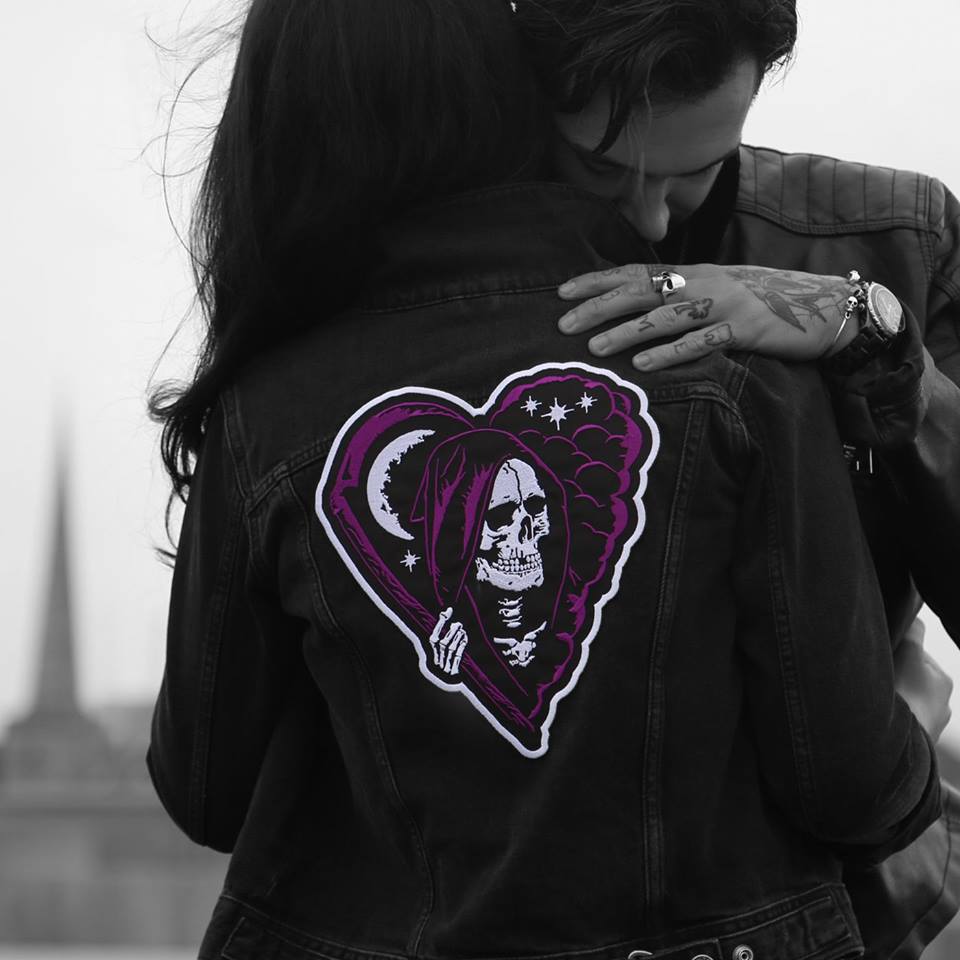 ‘The Callous Heart’ is a record that sings with the spirit of a group of musicians finally free to play the music they’ve always longed to be making. Free from the constraints of genre rules or expectations on their debut, Southampton’s Creeper have created a special little record that captures a moment in time of youthful exuberance that slowly burns away under the pressures of real life, a melancholy slice of punk rock reality that feels fresh and, more importantly, is a vital injection of individuality for the UK scene right now. With an aesthetic and ethos aiming for the gloomy goth-punk of AFI, Alkaline Trio and early Brand New material, the record itself actually leans towards the poppier, lo-fi side of the spectrum with the feel good anthem of ‘Honeymoon Suite’ practically resonating with melodic moments.

There’s clearly some practiced and refined song-writing talent at work here and it’s refreshing to hear a British rock band challenging the current rush for Radio 1 playlist and stripping things back. ‘Allergies’ is a witty mid-point that owes a lot to Matt Skiba’s tongue-in-cheek misanthropy, as front man Will Gould laments “never know how I’m meant to feel these days, I’ve been ill since the first I saw your face…I’m allergic to you” whilst the galloping punk of ‘Lie Awake’ is a rousing anthem ready made for a frothing, rabid crowd call and response of “I’ll lie awake and lie about the fucks that I don’t give”.

The diversity on display is refreshing; EP closer ‘Henley’s Ghost’ is a staggeringly mature and delicate requiem that evokes the likes of Bon Iver and Bright Eyes, a cracked and croaking vocal that caps a tear-jerker of a track off nicely. Unfortunately though, something about ‘The Callous Heart’ doesn’t quite connect enough to make this record a runaway success – there’s a strange discord between the production of the tracks and the mood of the record for one thing. Are Creeper a punk band? We’re not really sure, and it doesn’t seem like they are either. Does that matter? We don’t really know the answer to that one either. We’re all for dashing expectations and breaking boundaries, but somehow it feels like this release fell just short of their target and landed somewhere between camps, ultimately a little unsure of its own identity and direction.

All that said, the fact that bands like Creeper are being signed again is something to celebrate – for too long we’ve been stomping through the wilderness of rehashed, over-produced, sub-par American imitations without celebrating our own successes and leaving some of our brightest talent languishing in the forgotten basements of our toilet circuit venues. That a band can put out a release as interesting as this on a major label subsidiary like Roadrunner Records can only be a positive step and we look forward to seeing where Creeper can take things with the support behind them that so many deserving bands are sadly missing out on these days in favour of cash cows and hollow words.

Do the black-clad men of Creeper mean much right now? Well, maybe not just yet, but if they’ve got more where this come from then the future looks increasingly bright for the quintet. Well, not too bright, we wouldn’t want to ruin their credibility. Maybe a lighter shade of obsidian…