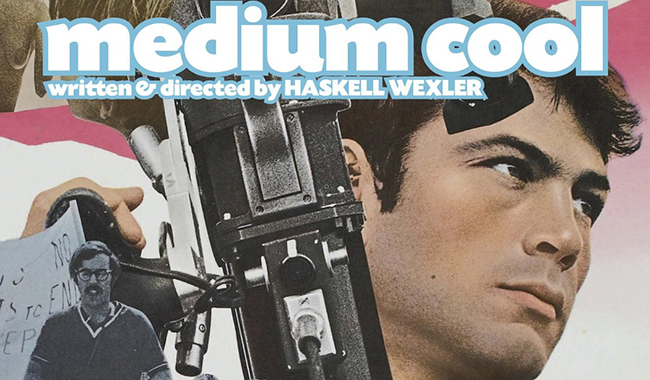 There is nothing new in suggesting that the 1960s was a revolutionary decade. In Britain we saw a cultural transformation that made Britain synonymous with cool and turned the country into Great Britain plc. For the United States the Cultural Revolution was more political as the forces of youth and colour kicked against the old guard. This began with the assassination of JFK in 1963, the Cuban Missile Crisis to the escalation of hostilities in the Vietnam War and the Civil Rights movement. The American youth and intellectuals were mobilised to protest which often led to clashes with both the police and the National Guard throughout the country. Added to the heightened tensions were further political assassinations of the guiding light of Civil Rights, Martin Luther King and the hope for the future that was JFK’s younger brother, Bobby Kennedy whose fate wound up the same as his brother. The late 60s was a time of civil chaos, uncertainty and even nihilism as the youth feared the draft.

Medium Cool, who’s title was taken from a quote by cultural and media writer, Marshall McLuhan is directed by an established director of cinematography, Haskell Wexler who made just a handful of feature films as a director and first directorial effort this was; he had been the cinematographer on some key films of the decade including In the Heat of the Night and The Thomas Crown Affair (both 1967). The camera is at the centre of this film, it is the eye and observer of the world. The films protagonist, a news cameraman (Robert Forster) is slowly becoming morally indignant with his work. Although not mentioned in the extras, this character is the direct relation to Marcello Mastroianni’s celebrity journalist in Fellini’s La Dolce Vita (1960) as he suffers his ennui at his chosen profession. The film opens with a car crash that has just occurred on a highway under an overpass. We see the wrecked vehicle crashed in a central reservation with the body of a young woman, clearly dead sprawled outside the car. The camera crew come in and film the piece for their news story. Later they discuss the ethics of their profession. Among other sequences that follow we see a fall out parade of the Illinois National Guard, filmed throughout in the cinema verité style so popular amongst such auteurs as Jean-Luc Godard (there is much similarity here to Godard’s style of filmmaking). While going through this moral and ethical crisis, the cameraman, John Cassellis befriends a poor young woman who has recently become separated from her husband and lives with her son Harold having recently moved to Chicago from West Virginia. She lives in a projects housing estate and is struggling to get by but he is growing closer to them. The film has a poignant conclusion as Cassellis attends a rapturous Democratic Party Convention (are they anything else in the US?) while the mother of Harold searches for her son and becomes caught up in a demonstration that turns violent. In true cinema verité style the convention, the protest and the riot were not orchestrated but real.

Medium Cool was made at the height of these political tensions in the US as the optimism of the 1960s turned to the pessimism of the 1970s. There were a number of films that were outside of the mainstream that treaded on similar territory including Zabriskie Point and The Strawberry Statement (both 1970) both dealing with student protest or there is the Hollywood fantasy, Alex in Wonderland (also 1970) which also ends with a riot. This is a very unusual film, even for its time and made even more so in that this was a directorial debut for an established cinematographer, a film that is clearly reflexive towards its subject and to be critical does drift away from its focus from time to time. As is normally the case with Eureka! Masters of Cinema there are many meaty extras including the well-illustrated booklet. The discs acknowledge Wexler the cameraman as much as Wexler the director. One of the extras on the disc is Haskell Wexler going through the different cameras he used in the film and how with the still cumbersome and heavy cameras he was able to get up close and personal with his subjects. Another documentary at almost an hour long, ‘Look Out Haskell, it’s Real!’, lines taken from the film itself. Another jaw droppingly fascinating short documentary is one about the actor who played the boy Harold in the film, Harold Blankenship. Blankenship comes from a split West Virginia backwoods family and lives on a dirt poor farm. Medium Cool was the only film he made and the documentary shows his life and how, if at all being in the film affected him. It is more of a reflection of growing older than anything. Unfortunately much he has to say is illegible due to his strong accent and missing teeth. Medium Cool is shot in with a 1080p presentation of the film on Blu-ray from the 4K digital film transfer that has been approved by the director, it still looks a little grainy which does suit it. It is an odd film maybe but in an age where civil unrest and many of the issues still exist it remains very poignant.