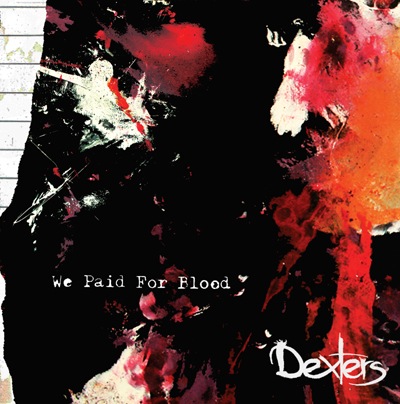 Dexters – We Paid For Blood

Something that British music is sorely lacking at the moment would be a good dose of genuine mod rock. Not only people that are still reviving and reveling in that era, but brave new pioneers. Yes, the “Modfather”, Paul Weller, is still around; alive and kicking. His fans still as devoted as ever. But when will the baton be passed, when will Mod-Rock have it’s new saviours? Well, listen up disciples, because Dexters are here for you to bow down and follow.

Their second album We Paid For Blood is due to be released on the 25th September and what an offering it is. Following up their triumphant indie debut Shimmer Gold with genuine success would be something of a difficult climb for any band to make. This follow up, however, is an entirely different beast. It’s not as poppy, nor is it something to take lightly. A dark demeanour now features heavily in their song writing. It’s hard to even recognise the band behind this thunderous guitar and lyrically apathetic veil.

Scruffing up the hook-laden indie riffs of old, Dexters have produced something that is both manic in style and simply addictive in nature. It’s loud, abrasive and most importantly really quite good. This band now offer something that could arguably shape the musical landscape of 2016 and become one of the most remarkable releases of this year.

The way in which every song has it’s own genuine story makes the album itself a dramatic work throughout. Lyrically front man Tom Rowlett has come over leaps and bounds, over the sound of the guitars colliding with the drums in a moment of hysteria you can hear a genuine poet. This is not just an attempt to stand out – it’s a real success.

Dexters have essentially grown up, and written a bloody good album while they were at it. That’s also not to detract from the strength their debut, in fact that would be a heinous suggestion to make. It’s just that this album is different and something that should – destiny willing – take the band to the next level of stardom. It will surely be hard for anyone to ignore the importance of this album over the course of the coming year.