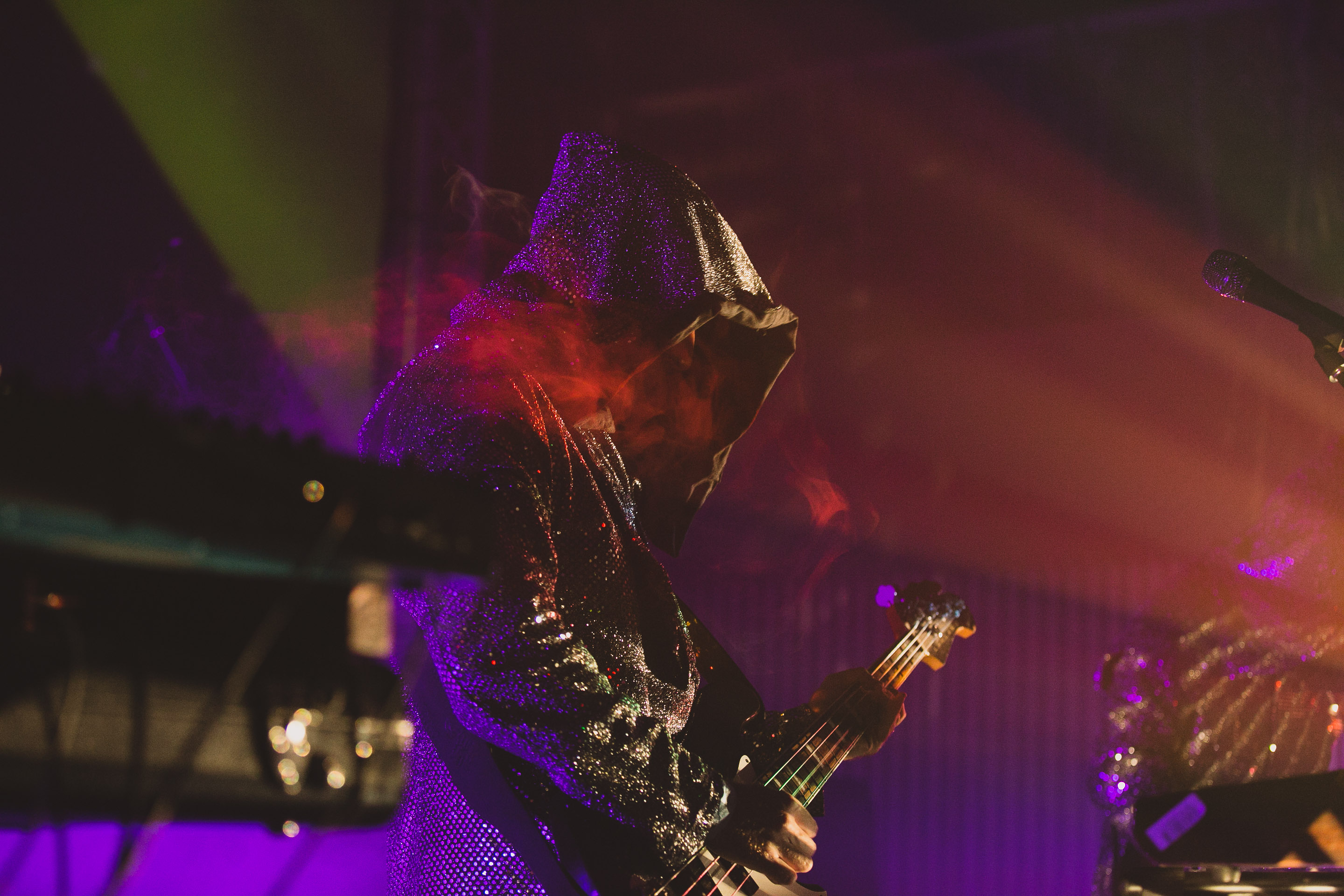 Everything’s better in the sunshine. And with a solid line-up, ample beers and a friendly gathering of weirdos – there was nothing but good vibes at this year’s Liverpool International Festival of Psychedelia.

It’s Europe’s key psych festival for a reason – an alternative dimension of all things melty is created in the beautifully scruffy end of Liverpool. Having never been before, I was hit with a sudden feeling of regret upon Saturday’s arrival for not sacking off Friday’s adult commitments. And thanks to the inadequacies of Megabus (should’ve seen this coming), the day started off relatively late. Not a good start, but that meant things could only be on the up.

On the scale of all things psychedelic, Menace Beach are more of a microdose than an all-out trip. But perhaps that’s the beauty of psychedelia – it can encompass so many interpretations. The band serves up their catchy take on melodic grunge with energy and gusto over at the Camp stage, perfect for their mid afternoon slot. Following on are Fever The Ghost, with a look straight out of the Mighty Boosh. Their music is eclectic as their outfits. From intergalactic space pop to glammed-up anthemic rock, they seamlessly plough through sound problems to deliver a set full of electro strangeness to the foot tapping of the relatively subdued crowd.

Dead Sea Apes’ arrival on the Camp stage was a signal that the darkness was settling in. A sizeable crowd gathered to take in the Manchester trio’s hypnotic and expansive dirges. The sound they created was multiple shades of black: at times bleak and eerie, and at others dark and unsettling. In contrast, over at the Furnace, Slug came on stage to create the most out-there noise imaginable. It’s experimental stuff that had the half-filled room either in a hypnotic state of wonder, or just unsure what to make of all the noise.

Back at the Camp, the theme of gloom continued. Cult of Dom Keller with all its fuzz, distortion and mysticism are the ideal the soundtrack for a bad dream. However, being keen on seeing what else is on offer before getting stuck in another triphole that is dark sludge, it’s a quick nip back to the Furnace. Packed out, it’s shuffling room only for local favourite Jane Weaver who weaves her magic to an appreciative crowd, eager to soak in her synthy disco, falsetto squealing otherworldliness.

As we exit the Furnace, there’s already a queue forming for Hookworms, a clear sign the Leeds band are still going from strength to strength. But it’s back to the Camp to witness the hypnotic presence of San Francisco based Lumerians. It’s triple synth driven groove with thumping minimalist bass. With the band donning sequined capes and playing a high-energy set, it was all going excellently until they were abruptly cut off by the sound engineer mid last song – prompting the drummer to kick his drum kit and storm off. An unacceptable act of violence? Not so much when you’re wearing a glittery cape.

Finally, it’s The Heads. They start off their set with a haze of distortion as the audience becomes warped in a tunnel of sound. As the rhythms and riffs ensue, the sea of people transition from diligent head banging to totally surrendering to the noise. With 20 albums under their belt, these Bristol legends of psych rock melted people’s ears with tracks from their 25 year career. The night ends with the not-very-Google-search-friendly Sex Swing. It’s almost pitch black except for the glisten of a saxophone on stage. Repetitive, dark and heavy, it was the perfect mind-fuck to end the night on.

Psychedelic music and art melt hand in hand, and Liverpool Psych Fest successfully recreated the union. From the screen printing workshop, the virtual reality headset experience, to the video on loop of the girl face-planting herself into a cake – the detail into the non-musical offerings added to the unique atmosphere of the mini psyched out world.

It must be said that the psych community is a beautiful one. Be it the giggling kids on acid or the old geezers with wizard beards and bum bags, the common thread of weirdo means it’s a congregation of good vibes only. And that’s the beauty of psychedelia – good music and brilliant atmosphere have a way of reinventing themselves over the course of history. Bring on next year’s Liverpool psych out.