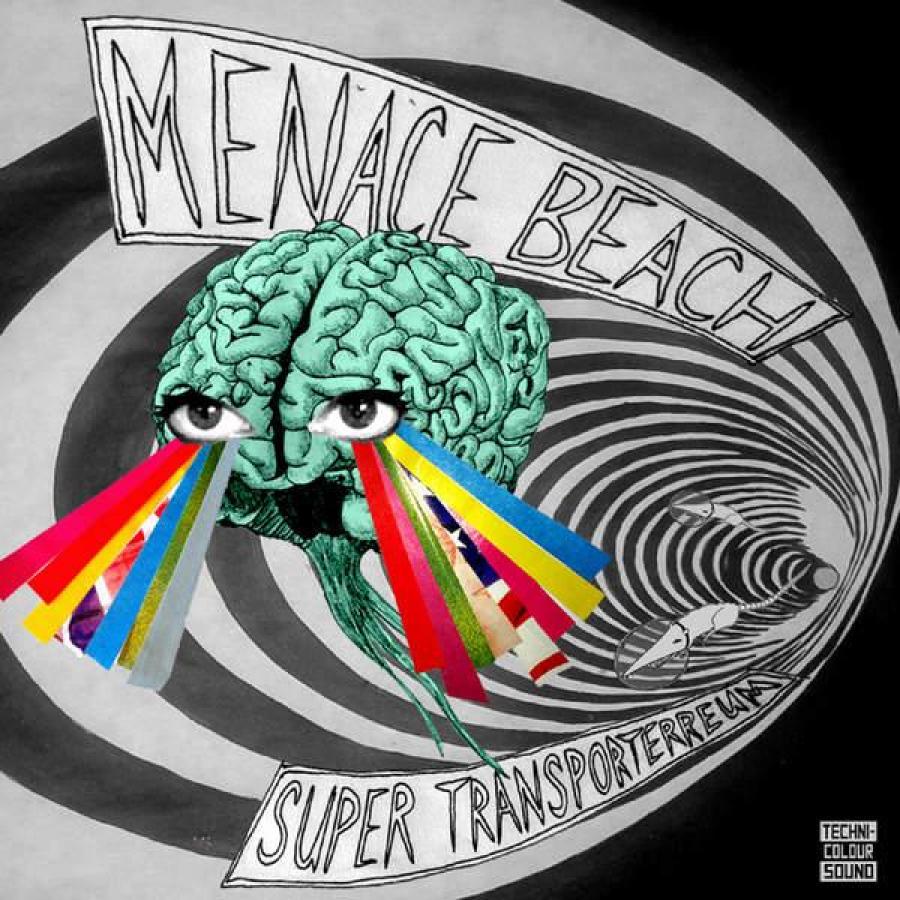 If anyone’s gran thinks musicians are a lazy lot of layabouts, then you ought to introduce them to Menace Beach. Having just released their debut LP Ratworld earlier this year, the Leeds-based five-piece are back again with their new EP titled Super Transporterreum.

Mind-bending substances have been the fuel for musical creativity since forever – but what about inspiration from immune system failure? Well, that’s where the title gets its name from; guitarist/vocalist Liza Violet’s flu induced hallucinations. Who needs drugs when you have paracetamol? And you’ll need a doctor’s prescription yourself because it’s catchy as hell.

Lead track ‘Super Transporterreum’ is reminiscent of a bizarre cartoon theme opening. It’s colourful, animated and fantastically energetic. The double vocals from Ryan Needham and Liza Violet complement each other perfectly to create an alternate world that seamlessly switches from hazy to frantic.

‘Hey Toupe’ has a whiff of punk about it. Along with the spirals, the thrash and the catchy chorus – it’s signature Menace Beach with the right touch of difference. Undisputed highlight of the EP is the grunge-fuelled ‘Ghoul Power’ with a bass line straight out of the 90s. Again, Liza Violet’s enchanting vocals add a layer of excitement to create a track hits you right on the head, if not the face.

The comedown into reality begins with the closing tracks ‘The Line’ and ‘Radiate Me’, the more poppier tracks on the EP. Pop they may be, the melodies still manage to help illustrate a realm that is retro yet futuristic, pop yet unhinged – albeit radio friendly.

It’s a strange and wonderful world that Menace Beach have created, and judging from their current progression, it’ll only get more bizarre at every level. For a band built on fuzzed guitar and 90s-inspired grunge, their good sprinkling of psychedelic harmonies topped up with a massive dollop a catchy hooks can see them only getting nosier and gnarlier.