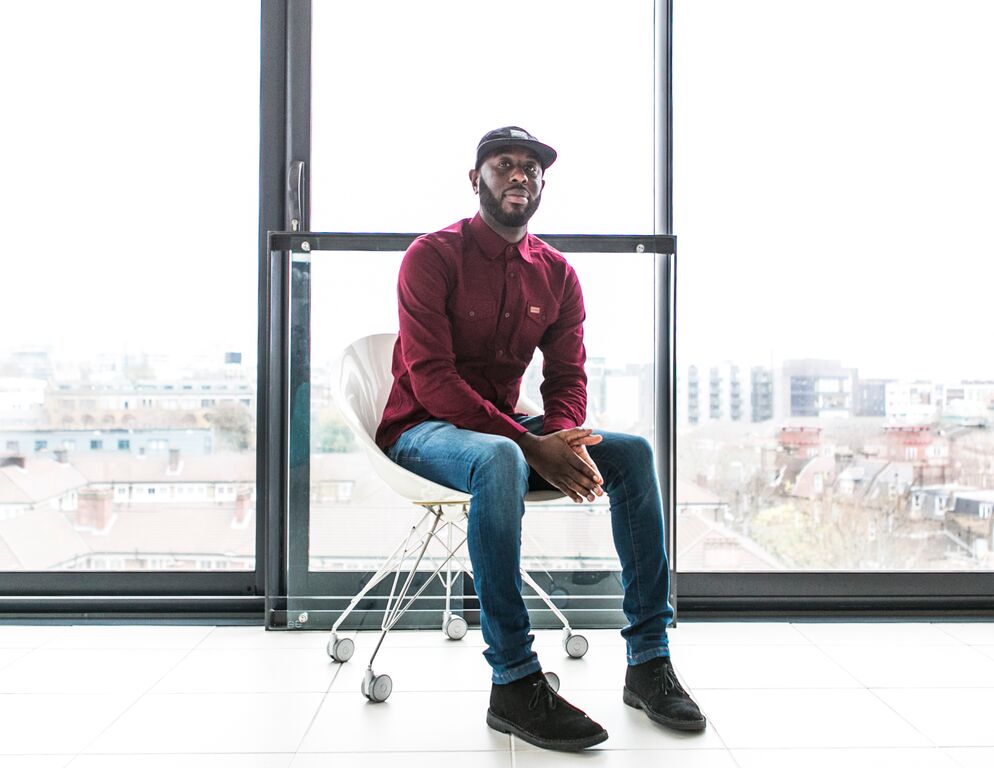 West London born and bred producer Tesfa Williams has been on the house scene since 2010 after signing to the prestigious PMR label. In only five years he has released two EP’s and a single, launched his own label ‘Today, Tomorrow’, hosted his own show on BBC Radio One and has been hailed PMR’s ‘favourite DJ’. The award-winning producer will be gracing us with his presence at the Arts Club on the 10th of October for a fraction of this years well anticipated house event Chibuku, so Glasswerk writer Naomi Campbell caught up with him to find out more:

Have you recovered from your epic summer yet, which saw you perform in the US, Barcelona and Ibiza as well as the release of your new single ‘Is it’?

I’m fully recovered from the summer now – getting lots of time in the studio in and going through a ton of demos for my label.

The new single – which you describe as your ‘summer single’ – is based around quite strong, un-melodious synths and sound effects; is this something you enjoy playing around with?

I made the track to basically be a functional record for the clubs. I’d been playing it for a while and definitely have fun playing around with a drum rhythm.

Your style of music blends a mixture of grime, jungle and garage all working towards your main expertise; house. What is one of your favourite styles to work in, if you had to pick one?

At the moment its tending to be Grime as it feels like the most creatively free genre at the moment for me.

Having performed at venues in Australia, the US, Italy and Germany it must be a bit of a culture shock coming back to the UK. How does performing on home turf differ to these appealing locations?

I try to bring the UK everywhere I go, otherwise there isn’t much point in me going. So with that being said I like to play the same way in all locations in the hope that the crowd appreciates me bringing a bit of London/UK vibes to their city or country.

It’s been a busy few months for you with festivals and tours. Do you enjoy performing live or would you rather be hidden away in the studio working on your next EP or single?

I’m really torn between the two. When I’m out djing loads I wish to be in the studio but when I’m solely in the studio I would fully wish to go and perform because ultimately I’m making music for the club. I honestly love to do both in equal amounts.

What encouraged you to launch your label Today, Tomorrow Records and what can we expect from it in the near future?

The change in the current UK dance music scene encouraged me to start my label. I felt there was some things not getting represented and some great artists not getting heard so the label was fully the way to go. There are two new artists joining the label next year and follow up EP’s pencilled in for PREEST, Jesslem & Jabru. Also we will be doing some label club shows releasing a vinyl only EP from Sublow Grime King Jon E Cash, so there’s lots to look forward to from the label in the future.

How has having your own monthly residency show on BBC Radio 1 and weekly show on London’s Rinse FM impacted your career as a DJ?

Both of those shows had a massive positive impact on my career in all areas. Both are great platforms to showcase what you are about and where you’ll be going musically in the future.

You’ve played alongside some other big names such as Julio Bashmore and Toddla T, but who are some of your own influences and favourite DJ’s?

PMR records labelled you their ‘favourite DJ’ over the likes of Disclosure, that must have been a nice confidence boost?

I’ve been djijng for a while collecting vinyl from my before my teens. It feels great that they would say this but it also comes from years of record hunting and playing to super hard crowds whilst you’re unknown. it helps also that the guys at PMR are from the same generation of West Londoners as me so our musical tastes are very similar.

You’ve completed an Australasia tour, a US tour, you’ve ticked off radio and now a label: what’s next on the cards for T.Williams?

The next thing is focusing on being in the studio creating fresh, new and exciting music., whilst all those other things continue to roll.