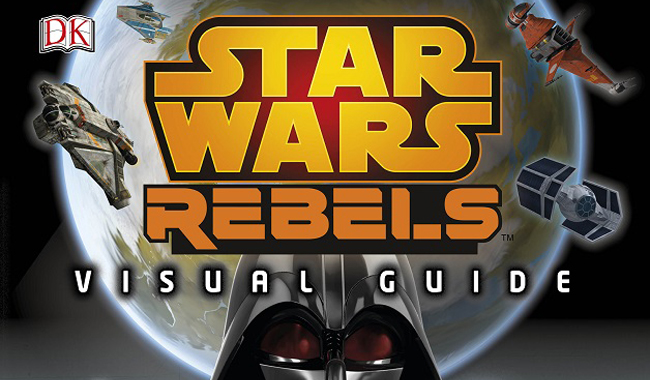 The Star Wars franchise and related products and off shoots continues to thrive and will grow further with the fast approaching release of the much anticipated Episode 7. As does Dorling Kindersly. Star Wars Rebels was supposed to fall somewhere in between Star Wars Episode I: The Phantom Menace and Episode II: Attack of the Clones but overall had the look of Manga to it. The book, naturally, is glossy, colourfully illustrated and full of nerdy information for the younger generation fans (not really the older – but I am sure they are out there in large numbers). Like many similar books that have gone before it, it has an encyclopaedic examination of each of the characters and the space ships used as well as hierarchical organisational trees for the Sith and the Jedis giving a brief illustrated biog for each of the Clones, the Jedis and other peripheral and central characters of the series. Each character discussed is given a Top Trumps type rundown of their Species, Associates and Talents giving bit-size chunks of information as to what they are all about.

The animation for Rebels frustrated and annoyed many in its suggested incomplete state and some of the Illustrations within, especially for the space craft and transporters are well rendered. For all this there are more illustrations than there is text once again drawing attention to the target audience.

It’s a slimmer book than other comic/tie-in related illustrated books that have come onto the market of late, but of a warranted length at 144 pages. It would be fair to say that the book is aimed at its already fairly strong younger audience fan base and will be a little confusing to those new to the off-shoot series, giving away very little in terms of background and story origins and instead asks the reader to work out which side of the Dark Side and the Force the characters sit on. This is highlighted by a circle and a Did you Know? micro-fact for each section. What this book does is add together all the things we already know about the Star Wars/Rebels saga. One thing is for sure that my son will love it and a book like this will keep him entertained for hours keeping up the interest in advance of the release of Episode 7. Why should he care what my opinion is?