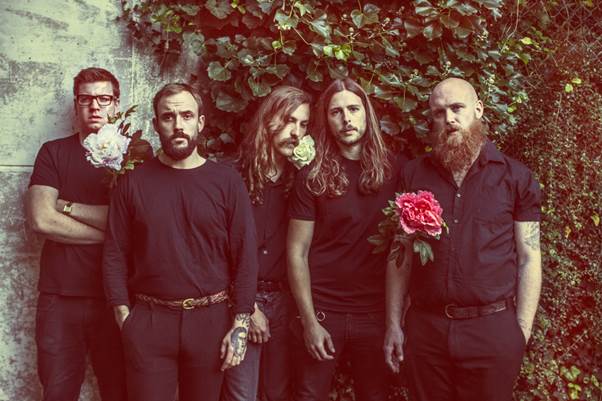 We love this new one from Bristol post-punk five-piece IDLES who return triumphantly with their chaotic MEAT EP set for release on October 30th.

“‘The Idles Chant’ was a celebration of us getting fucked up and watching the YouTube clip of The Monks going batshit on German TV. We were absolutely enamoured with them and felt we should pay tribute with our own version. The lyrics are a declaration of our belligerence, we wanted to have a positive anthem that fucked off all the c**ts. I had an idea that I’d shave my head like they did and make it into a video, then I met one of the brothers from Fat White Family and he said not to because it made his brother look like a horrible fucker. I chose to do it because I love the one shot approach as it’s a vivid vision, and it’s cheap.”