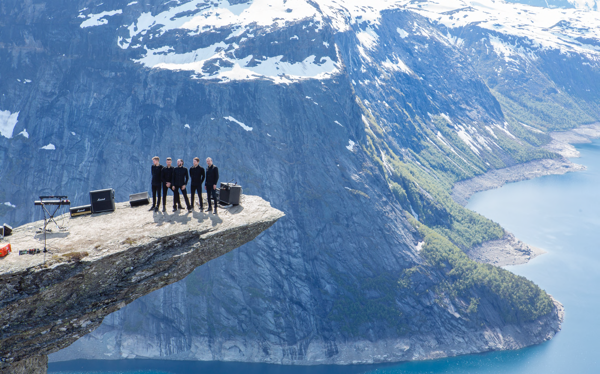 The band flew up a PA system and a power generator, and blasted their patented Blackjazz music to a group of 300 fans and mountain hikers who had made the daunting five hour trip to the ‘Troll’s Tongue’ summit.

‘International Blackjazz Society’ is the band’s first release through Spinefarm Records – with whom they have signed a worldwide deal – and is due out on October 23rd.