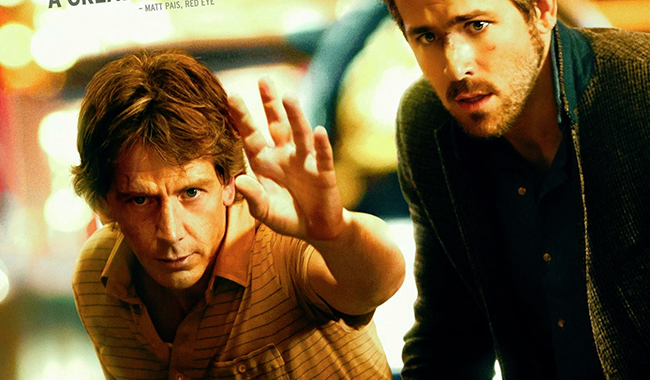 Gerry (Ben Mendelsohn) is a gambler on a what seems life-long losing streak. He meets the energetic, positive thinking – and winning young gambler Curtis (Reynolds) and the two decide to hit the road together with the dream of winning big.

But booze, women and dreams are often interfered by real life, and the realities of the game, the addiction and the ugly side of humanity that comes with it.

Reynolds has been working hard to re-establish his credentials with the crowd over the last couple of years as a serious dramatic actor after a few big budget flops. He has generally been playing it cool in smaller movies, reminding us that he is an actor first and Mississippi Grind adds heavily to that. He’s easily the man with the energy pulling us along and instigating the interest in the game and the promise of a better tomorrow.

Ben Mendelsohn on the other hand has been leaping from film to TV and back again proving from one character to the next just how strong a character actor he really is and is now starting to emerge from the lips of casual viewing fans as “That’s that guy from that show/film.”

If anyone has award success in their future then Mendelsohn is a clear frontrunner for that and here he is the heart and soul of the centre of this film. A man so deeply flawed you often wonder why it is you are on this trip with him, but the actor never plays anything too broadly keeping the character human with very human flaws, no matter how dark they get.

Mississippi Grind will test the nerve of anyone looking for entertainment as we travel from one seedy venue to the next. The thrill of the gamble is there for sure, but lurking in the background is always the house waiting to end it all in one move, and looming over the characters is their past like a heavy burden, coaxing them into do the wrong thing more often than the right, just to keep them afloat in the game.

It’s a fascinating character study, albeit often a dreary and miserable one.