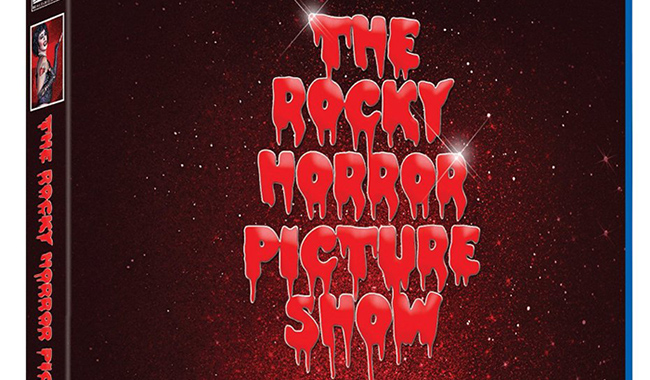 First up, I should probably confess that I am a huge fan of the film and the show. Not a surprise, right? Rocky Horror is one of those love-it or hate-it cults that will probably never die. Four decades on and this classic film is now the longest running theatrical release of all time, still playing at weekly midnight showings around the world. So why then, apart from the obvious continual generation of sales, would it be worth it to bring out yet another anniversary release? Frankly, (pun intended) there is a lot of material relating to the film that is still yet to be released to the fans, and plenty more generated by fans themselves besides. It’s also nice to have an excuse to buy a lovely looking blu ray of it as many, such as myself, won’t have taken the plunge before. For fans, I’d say this is the perfect time to treat yourselves.

Jim Sharman’s classic portrayal of the popular comedy musical by Richard O’Brien was a flop on first release in 1975. it was only after a number of years that it gained a huge cult following that endures to this day.  You can see why on both counts. The story of innocence lost and sexual freedom found was pretty shocking for mainstream audiences in its time, yet now seems delightfully quaint and just totally fun. Guided by our trusty narrator Charles Gray, we follow the fortunes of high school sweethearts Brad and Janet (endearing early performances by Barry Bostwick and Susan Sarandon) as they seek help after a flat tyre in a storm from the strange mansion of transvestite scientist Frank – N – Furter (the wonderful, wonderful Tim Curry) and his creepy entourage. Oddball butler Riff Raff (Richard O’Brien) teaches us how to do the Timewarp and Frank shows off his newest creation, muscle man ‘Rocky’. Along with some rock and roll courtesy of biker ‘Eddie’ (Meatloaf) and the craziest plot ever thought of for a musical, we watch Brad and Janet lose their innocence and enter a world of liberation. It’s a hell of a ride, – funny, sweet, sexy and dark in places, – and has won the hearts of many an outcast soul in the last forty years.

This release is a quality blu-ray, with perfect sound and a high quality print. The special features are expansive and jam-packed full of stuff the fans want to see.  Along with an impressive number of outtakes (eleven), there are also deleted musical scenes (‘Once in a While’ and the always popular ‘Superheroes’) and alternate/misprint endings. I found the documentary ‘The Search for the 35th Anniversary Shadowcast’ particularly watchable and endearing, and I absolutely loved the ‘Rocky Horror Double Feature Video Show’ documentary. That’s only the start of it. There is a beautiful photo gallery from on set by Mick Rock, footage of the 10th anniversary show in New York and the decidedly dodgy but hilarious Time Warp music video and theatrical trailers. Tons of fun are the ‘Rocky-oke sing it’ karaoke feature and the classic callback track, so you don’t feel like a fool shouting at the screen by yourself! Absolutely fantastic and well worth the wait.