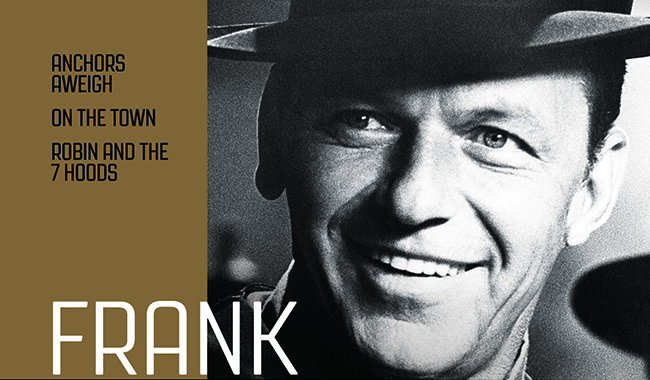 To celebrate “The Chairman of the Board’s” centennial, Warner Bros. Home Entertainment (WBHE) release Frank Sinatra: 3 Film Collection DVD & Blu-ray on November 16th and we have a Blu-ray up for grabs!

This collection includes newly re-mastered releases of Anchors Aweigh, On the Town and Robin and the 7 Hoods for the first time on Blu-ray and is packed full of new special features!

Throughout his six-decade career, Frank Sinatra performed on more than 1,400 recordings and was awarded 31 gold, nine platinum, three double platinum and one triple platinum album by the Recording Industry Association of America. Sinatra demonstrated a remarkable ability to appeal to every generation and continues to do so; his artistry still influences many of today’s music superstars. He also appeared in more than 60 films and produced eight motion pictures.

Which film did Frank Sinatra appear in?

A) Touch Of Evil

B) The Manchurian Candidate

This competition closes on 20 November 2015