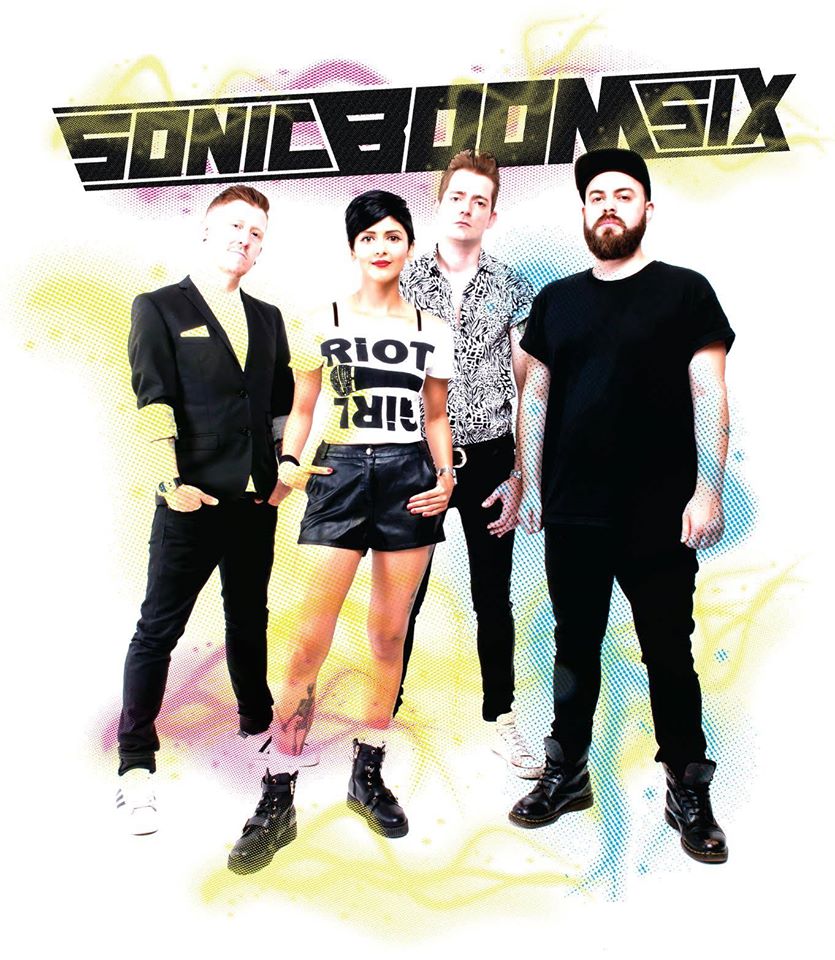 Sonic Boom Six have released the video for new single ‘No Man, No Right’ – a stomping feminist anthem which is released this Friday 30th October on their own Rebel Alliance Recordings imprint.

The track is the debut single from their forthcoming album, The F-Bomb, set for release early next year and includes an exclusive B-Side with a new track ‘Do What You Wanna Do’ remixed courtesy of Rory C of Enter Shikari and BL∆X.

Filmed at The MacBeth in Hoxton, the promo vid flips the typical, macho, testosterone-fuelled gig experience on its head, with the lads in the band suffering the same everyday ordeals that your average female stoically tolerates at almost every rock show. Directed by Chloë Wicks, it’s a lighthearted video with a serious message of female-empowerment.

To accompany the single, the ‘No Man, No Right’ tour will be wheeling its way across England. Along for the ride, SB6 have their sisters in The Tuts.