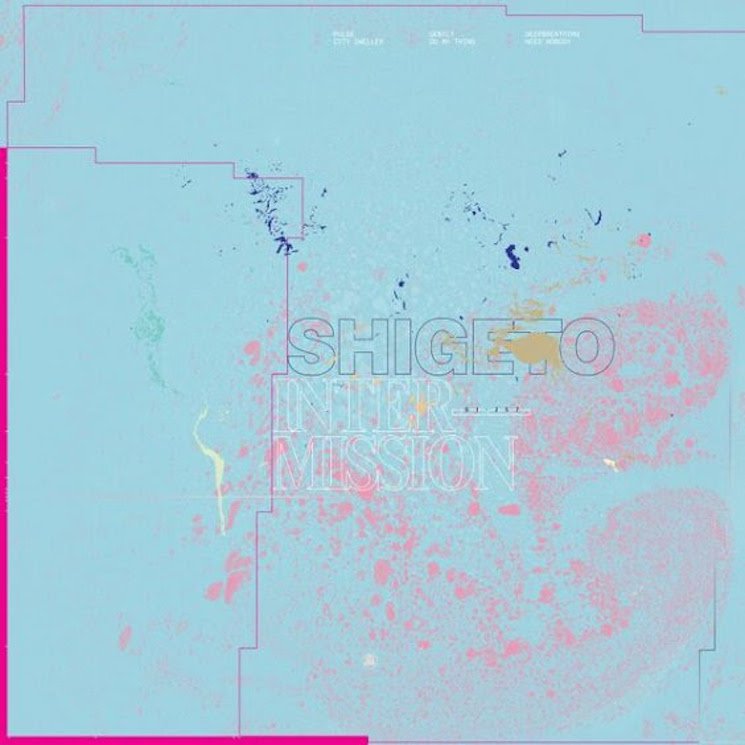 Two years after Shigeto released his second full-length, No Better Time Than Now, the busy Detroit artist, born Zach Saginaw, has finally taken a break from his relentless schedule to drop latest collection the Intermission EP.

With a seemingly endless parade of complex projects that include working on a new live ensemble arrangement, playing electronics in a jazz quartet, recording with Detroit rappers and building a new studio, we find the producer something of a dichotomy on his latest record. Intermission is part cluttered sandbox of ideas – snippets of colliding samples and quite literally caught breaths presumably snatched between engagements – and part minimalist rendering down of rhythmic arrangements and melody to their basic building blocks.

Themes of transition and the passage of time seem to manifest themselves in the shuffling tick-tock of opening track ‘Pulse’, less an organic throb and more of a mechanic and urgent scuttle that hastens us towards the meat of the release. The swirling synths and awkward lunge of ‘City Dweller’ embody exciting potential that unfurls delicately into the swelling space of ‘Gently’, and the staccato industrial percussion on ‘Do My Thing’ is spliced expertly with some proto-hip-hop into a dreamy but still menacing and complex trip. ‘Deep Breathing’ is a little less urgent and feels a touch throwaway, but closer ‘Need Nobody’ returns to a gritty layered futurism that hits the spot with some phased chimes accentuating the plodding sway.

Nestled amongst this admittedly short collection are some more tender moments that hint at grander ideas yet to be realised, leaving Intermission as a whole – as perhaps hinted at by its title – feeling like somewhat of an unfinished footnote to Shigeto’s earlier work; a fascinating but nevertheless disjointed collection of cutting room ideas and hastily recorded fragments of compositions that leaves us intrigued to see what comes next from the young producer.