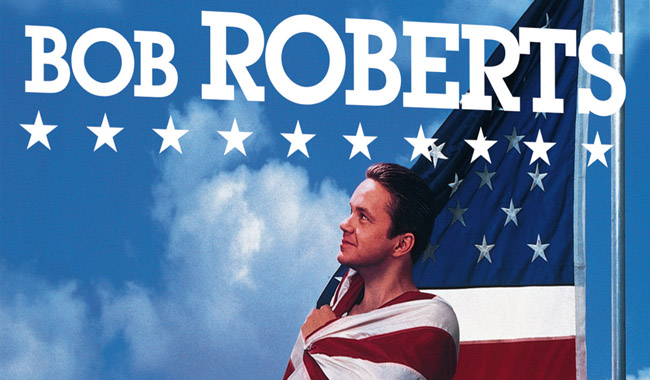 Tim Robbins’ directorial debut also sees him writing and staring in this political psudo-documentary which charts the rise of a young politician.

Political movies with satire are few and far between thes edays, but Bob Roberts is still a relevant movie and a confident piece of film-making from Robbins.

The one drawback perhaps is that Roberts is the kind of many who not only took to the stage to make speeches, but also likes to take to the stage to perform music and sing at the top of his voice (and this being largely country music, is likely to wind some viewers up the wrong with by the sheer volume of numbers included for your enjoyment).

Overall this is the type of satire enjoyment you might normally expect from the likes of Christopher Guest and is likely to appeal to follows of that particular brand of satire. It’s only a shame that Robbin’s hasn’t continued as a writer director (with only a small handful of features following this to his credit) as he clearly has strong talents in these areas as well as in front of the camera.