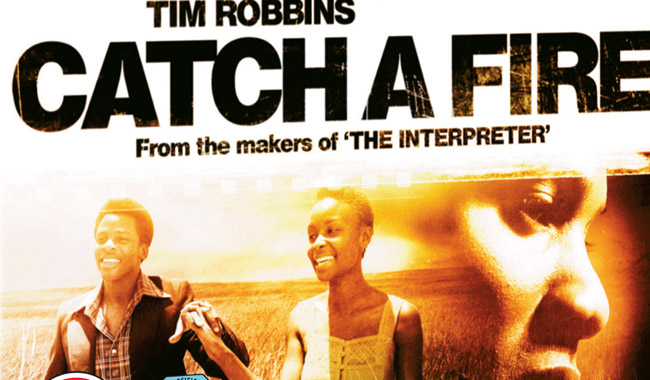 Phillip Noyce is no stranger to action (Clear and Present Danger) or social and racial intrigue (Rabbit Proof Fence) and here he tackles the Apartheid and terrorism and the effects of it in this South Africa set pot-boiler that follows the situation of an innocent man, Patrick Chamusso (Derek Luke) thought to be part of a bombing.

Luke puts in a strong performance as a man figuratively (and literally) tortured and then turned into a man of hate thanks to an abusive system in place at the time. Tim Robbins is cast as the Afrikan’s officer who imposes this threat.

The film dwindles early on to let the social climate of the region soak into the narrative without every pushing too many boundaries in order to raise tension or develop character.

The fact that it is based in real life events does encourage the message behind the film and is worth seeking out for anyone even slightly unaware of life in 1980s South Africa.

The DVD also comes with supplemental material including a commentary featuring cast and crew.